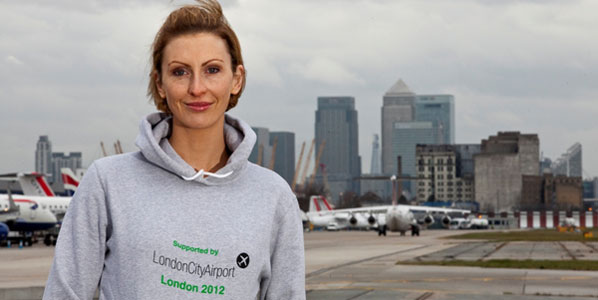 Due to London City’s proximity to Olympic venues, its role as an important gateway for visitors during 2012, and as a part of its inbound-focused commercial strategy, the airport had decided to show support for a sporting champion from one of its most important source markets. Recently announced ‘Irish Athlete of the Year’ at the AAI National Athletics Awards, and Irish Olympic hopeful Ryan was therefore thought to be a great ambassador – both for her country and, in Ireland, for the airport.

Matthew Hall, CCO London City Airport said: “We think Deirdre is a great ambassador for her country and look forward to supporting her sporting ambition and Olympic hopes this year. Ireland is an extremely important market for us and working with Deirdre affords us a unique opportunity to strengthen our Anglo-Irish relations and work towards growing and developing important links between London City Airport, Dublin and Ireland as a whole.”

Deirdre Ryan added: “I am extremely grateful for the support London City Airport has given me. Their sponsorship has allowed me to concentrate on my training on a full-time basis, giving me the best chance when I compete at this year’s Olympics.”

This is not the first time LCY has supported a great athlete, having twice-previously sponsored anna.aero publisher Paul Hogan in the Virgin London Triathlon, which is also staged right alongside the downtown airport. Cutting the cake for Ryanair’s 10th anniversary at Bergamo were Emilio Bellingardi, the airport’s general manager, the couple Anja Schmitz and Thomas Pluta that got married on-board Ryanair’s first flight to the airport 10 years ago, and Melisa Corrigan, Ryanair’s sales & marketing manager Italy.

On Valentine’s Day, Ryanair celebrated 10 years at Milan Bergamo Airport and did so together with the couple that got married on-board the airline’s first flight to the airport, on Valentine’s Day a decade ago. 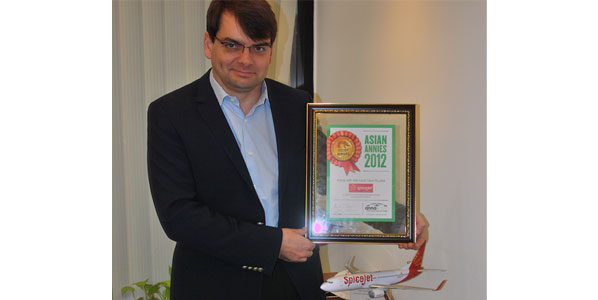 SpiceJet’s CEO Neil Mills celebrated his fast-growing Indian low-cost airline winning the 2012 anna.aero Asian ANNIE award for Airline with the Most New Routes. This month, the airline operates an entire 32 more routes than it did a year ago, partly thanks to its regional expansion with Q400 aircraft.