Austrian faces uncertain future; will planned capacity growth of 5% for this summer be implemented? 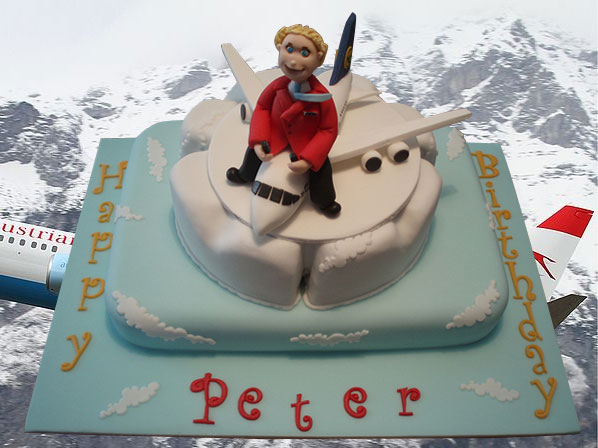 We know Peter works for both Lufthansa and Austrian Airlines (hence the red uniform), and he has a birthday every year. Apart from that we have no idea what his job is, although he might be wondering just how much longer he will be working for both companies.

Having given up on bmi British Midland and decided to sell the airline to British Airways’ owner IAG, Lufthansa appears to be getting increasingly frustrated with another of its wholly-owned subsidiaries, Austrian Airlines. Amid a management shake-up and rumours about the airline’s future anna.aero has decided to see what can be learned from looking at the airline’s network evolution during the last 12 months. 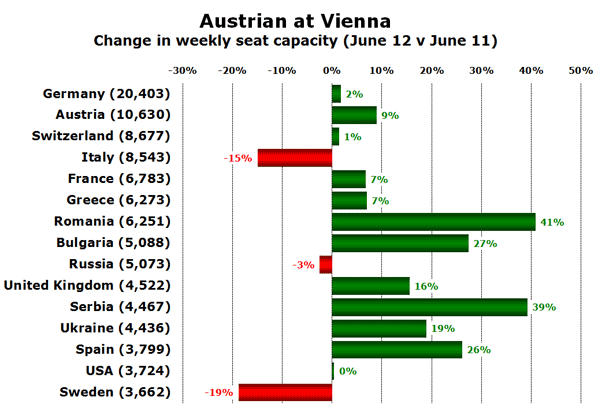 Comparing the first weeks of June in 2012 and 2011 reveals that Austrian Airlines intends to add around 5% more seats to its Vienna-based network. Among the top 15 country markets, just three (Italy, Russia and Sweden) have seen a reduction in capacity. The airline has dropped daily flights to Milan Linate (last November), and reduced frequency on Stockholm flights from four per day to three per day.

Growth in Central and Eastern Europe

There is significant planned capacity growth on routes from Vienna to Belgrade, Bucharest, Pristina and Sofia, highlighting the airline’s shift once more, towards focussing on destinations in Central and Eastern Europe. The 26% growth in the Spanish market is accounted for by an additional (third) daily frequency to Barcelona.

This summer sees the end of services to Mumbai a route which has been in and out of the airline’s network. The route was first dropped in March 2009 but then re-introduced in October 2010. Now it is being dropped once more.