China Southern duly celebrates the arrival of its third A380, as the aircraft enters service on the “golden route” connecting Beijing and Hong Kong on 2 March. 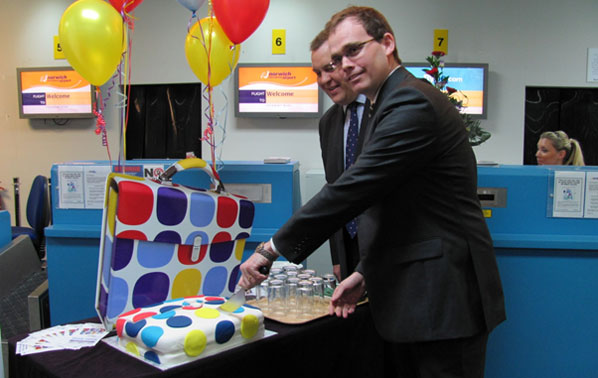 Flybe and its franchise partner Loganair celebrate with this colourful cake, as they expand their operations at Norwich Airport. New services to Exeter, Newquay and Isle of Man have been announced so far, but Flybe will also increase frequencies on the popular Norwich to Manchester route.