Route of the Week: SAS’ Copenhagen to Shanghai Dragons danced as SAS returned to Shanghai Pudong. Gifts were then exchanged between Jia Rui Jun, President of Shanghai International Co Ltd, and Rickard Gustafson, CEO SAS, who were joined by their colleagues and Li Jing Gao, Senior Officer from CAAC East China, in cutting the ribbon.

Cake of the Week: Emirates’ Dubai to Seattle Tacoma The route launch, which coincided with the 1000th Boeing 777 being delivered, to Emirates, was followed by a gala dinner with performances by none other than Tom Jones. Enjoying the celebrations were Genevieve D’Souza, Emirates’ Manager Events; Tim Clark, President Emirates Airline and Tom Jones fan; Ram Menen, Divisional SVP, Emirates Sky Cargo; and Kazue Ishiwata, Senior Manager Air Service Development, Seattle-Tacoma International Airport. (We are greatly indebted to Kazue Ishiwata for photos from and information about the events) 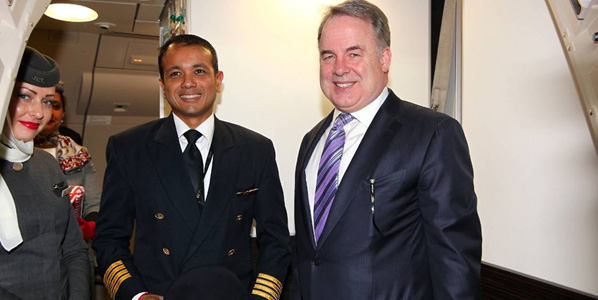 Etihad’s CEO James Hogan saw off the crew departing Abu Dhabi for Shanghai Pudong; Etihad’s third destination in Mainland China. At the start of the summer scheduling season, Shanghai will be the only Chinese destination Etihad serves with three cabin classes. Camera out! New airline arriving! Hong Kong Airlines was given a welcoming salute by the fire department at Taoyuan Airport in Taiwan's capital Taipei. 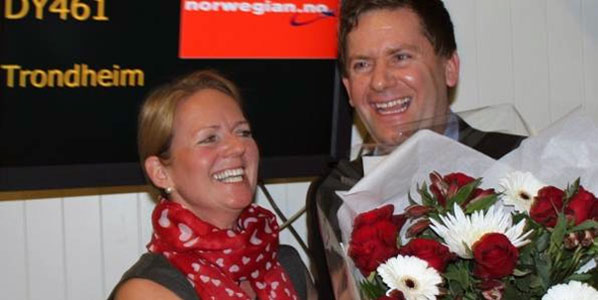 On 1 March, SeaPort’s new route to Portland, Oregon was welcomed in Yakima, Washington with a cake. The ribbon was then cut in front of the 9-seat Cessna Caravan 208. AirAsia’s inaugural flight from Bangkok to Colombo arrived at Colombo;s Bandaranayake Airport were the VIPs were welcomed with flowers; Tassapon Bijleveld, CEO Thai AirAsia, and Shantha Kottegoda, Ambassador of Sri Lanka to Thailand. The two were greeted by Arjuna Hettiarachchi, Chairman of Setmil Group. The route was also celebrated in the Thai capital with a traditional lamp-lighting ceremony and SriLankan dancing. 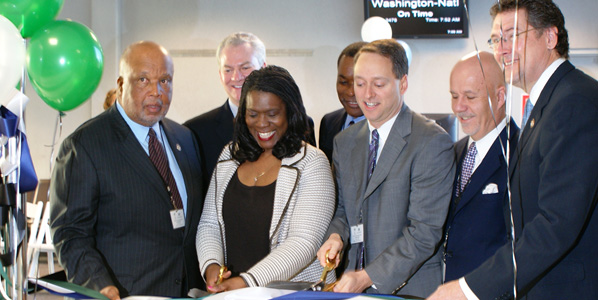 Glenda Glover, chair of the Jackson Municipal Airport Authority, cut the ribbon with US Airways’ VP legal and government affairs Howard Kass to let passengers board the first flight to the capital city.