IndiGo’s launch of international services was an anna.aero Route of the Week last September, since when it has launched seven further international routes with load factors exceeding 81%. In the domestic market, the airline is competing with Jet Airways for the leading market share and with 220 Airbuses on order, IndiGo is set for further growth.

Despite only launching service as recently as August 2006, IndiGo is battling with Jet Airways to be the leading airline in the Indian domestic market in terms of passenger market share. In November, December and January, the two airlines both managed to grab 20-21% of the domestic market. For the second year in a row, IndiGo’s domestic passenger numbers grew by almost 40% to 11.83 million, and thanks to the launch of international services in September carried more than 12 million passengers in total in 2011. According to the latest data from Airbus, IndiGo is currently operating 51 A320s (the airline has already received three factory fresh A320s since the start of 2012), and has a further 220 aircraft on order with the manufacturer. 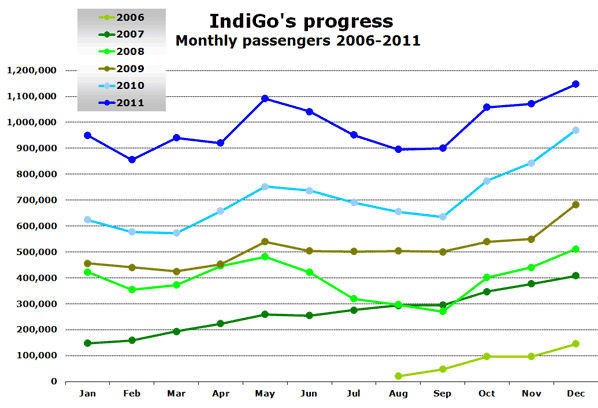 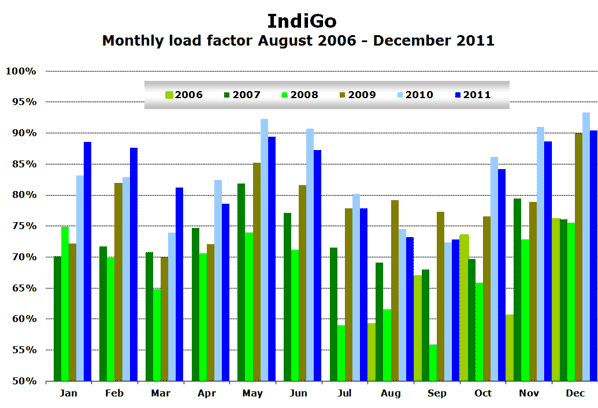 Passengers arriving on IndiGo’s first flight to Singapore were welcomed with flower garlands and gifts. Among the passengers greeted was the airline’s president Aditya Ghosh. (Photos: Changi Airport Group)

Operating over 2,100 weekly flights across 27 airports in India

IndiGo is currently operating over 2,100 weekly departures from 27 airports across India and five outside of India (Bangkok, Dubai, Kathmandu, Muscat and Singapore). A total of 89 non-stop routes are operated, with 77 operated at least daily. The leading route in terms of weekly flights is between India’s two busiest airports, Delhi and Mumbai, where the carrier operates nine daily flights. 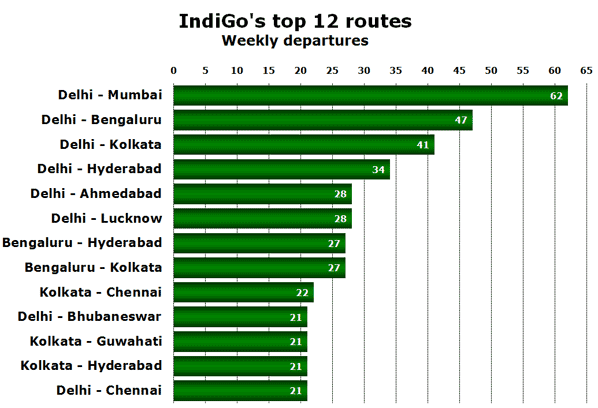 Since last September, the airline has launched eight international routes on which it faces considerable competition.