anna.aero presents at FrenchConnect 2012 in Paris 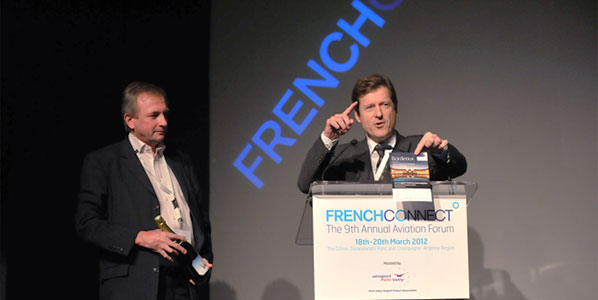 Bordeaux Airport will host next year’s 10th anniversary FrenchConnect, which will be held at the end of June. (Photographed by: Martial Simon, Cap Photo.)

The Dôme at Disneyland® Paris was the venue this week for the 9th annual gathering of delegates, speakers and exhibitors at FrenchConnect. In a packed two-day programme, hosted by Aéroport Paris Vatry, a record number of delegates heard presentations and discussion from over 40 speakers and panel members on a wide variety of topics relating to the French and European aviation market. anna.aero’s Editor Ralph Anker gave the first keynote speech: “Setting the scene: The French and European Aviation Market”. His presentation, which contains many graphs and tables not previously published on anna.aero, is available below as a free download. 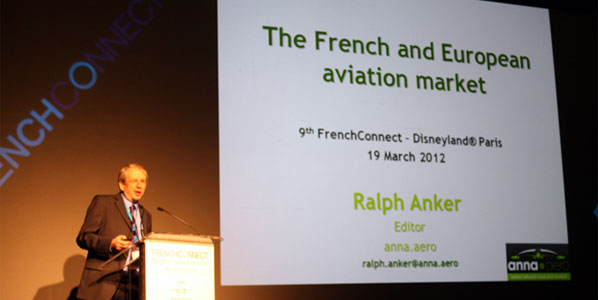 Air France, easyJet, Ryanair and Vueling all aired their views

Henri de Peyrelongue, Senior VP Network Planning at Air France KLM, gave a presentation about Air France’s new regional ‘hub’ strategy introduced last year in Marseille and which will shortly be rolled out in Toulouse and Nice as well. While focussing on how these new regional operations would be more efficient and have a lower cost base, there was little indication as to how well these new services were performing in terms of passenger numbers, revenues or profitability.

A panel discussion about low cost airlines at French regional airports and the growing appeal of the French domestic market saw senior representatives of easyJet, Ryanair and Vueling actually agreeing on a number of issues. All three are growing in France this year, especially outside of Paris. Jean-Michel Vernhes, President of UAF (the Union of French Airports), warned that whatever the outcome of the upcoming elections in France it was unlikely to be good news for airlines in terms of taxation and charges. 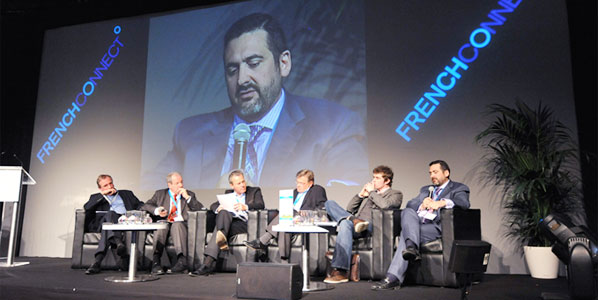 Vueling CEO Alex Cruz participated in a panel session titled ‘The battle for the Low Cost in regional airports & the growing appeal of the French domestic routes’. (Photographed by: Martial Simon, Cap Photo.)

During the event it was announced that Bordeaux airport will host next year’s 10th anniversary FrenchConnect, and that it will be held at the end of June, with the aim of being the last major aviation ‘event’ before the summer break. Having savoured Champagne at this year’s event, delegates with refined taste buds will be looking forward to savouring some famous Bordeaux wines. 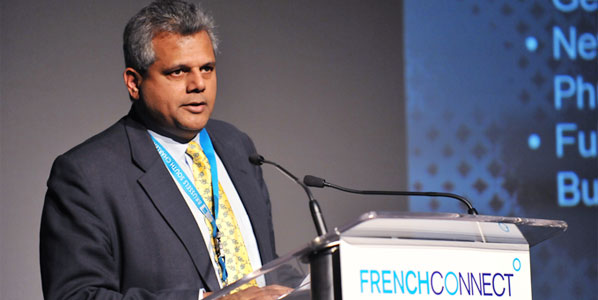 Vijay Poonoosamy, Vice President International and Public Affairs, Etihad Airways and Chair of the IATA Industry Affairs Committee, outlined Etihad’s plans for France and Europe, including what type of fleets and markets would be selected based on certain criteria. (Photographed by: Martial Simon, Cap Photo.)