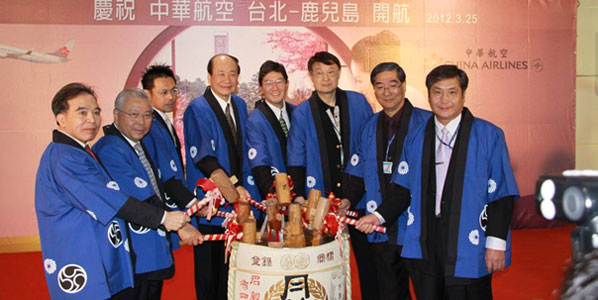 The new route to Shizuoka was also celebrated at Taiwan’s main airport, after which Sun Huang-Hsiang, China Airlines’ president (right), travelled to the Japanese city to take part in the ceremony there.