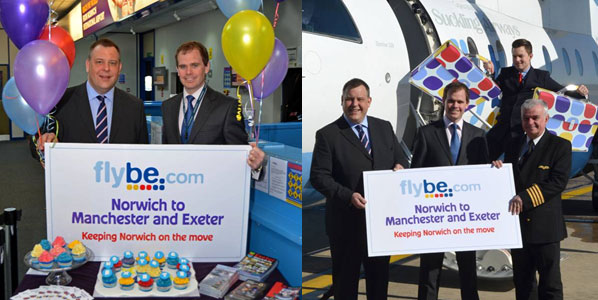 Excited about Flybe’s franchise partner Loganair arranging for aircraft to be based in Norwich, which has resulted in the relaunch of Exeter flights are Jerry Froggett, commercial director of the operating carrier Suckling Airways, and Andrew Bell, CEO Norwich International Airport. Outside the aircraft, they were joined by captain David Knight, operations director, and Ross Ellis, cabin crew.