An early morning breakfast for passengers on Lufthansa’s first flight between the Turkish capital Ankara and its main hub at Frankfurt. The 04:20 flight was welcomed with this cake. Notably, Lufthansa has served Ankara from Munich for an entire 50 years. Hamburg Airport’s Head of Aviation Marketing Jörgen Kearsley celebrated Lufthansa’s new route to St Petersburg from the northern German airport where Lufthansa is growing. This is Lufthansa’s second Russian route from Hamburg after its Moscow services. Lufthansa expanded its Moscow offering by adding flights to its second airport in the city; now flying twice-daily from Frankfurt to Moscow Vnukovo. Cutting the ribbon at the airport’s brand-new terminal were Vassily Aleksandrov, Director General Moscow Vnukovo Airport, and Oliver Schneider, Lufthansa’s Director Operations & Airport Services Russia & CIS. The gentlemen then welcomed the first passenger who was given a Lufthansa A380 model aircraft. Lufthansa’s fifth destination in Mainland China is Qingdao, which the German airline now serves via Shengyang three times weekly from its Frankfurt hub. 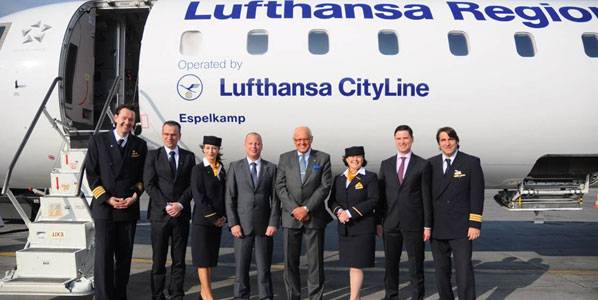 Posing in Krakow with the crew from the inaugural Lufthansa flight from Düsseldorf were Lufthansa’s Bart Buyse, GM Poland, and Ofer Kirsh, Regional Director Central and Eastern Europe, along with Kraków Airport’s CEO Jan Pamuła and Grzegorz 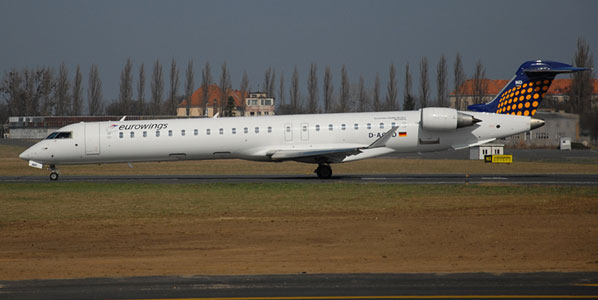 Lufthansa now serves Poznan in western Poland from Düsseldorf in addition to its routes from Frankfurt and Munich. Flights operate six times weekly with CRJ900 aircraft.