easyJet’s newest base is Toulouse in southern France 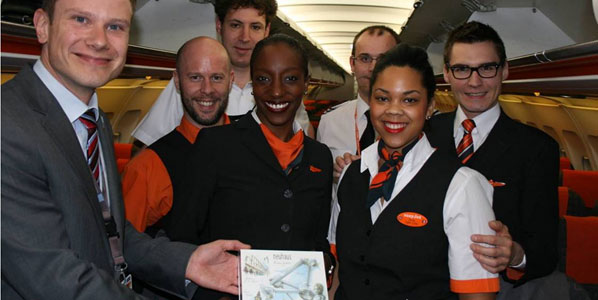 Geert Van Dessel, Brussels Airport’s Manager Aviation Marketing, offered Belgian chocolates to the easyJet crew arriving to the capital of Europe on the first flight from the orange airline’s new Toulouse base. easyJet’s Toulouse flights were also welcomed to Lille in northern France. The domestic route is operated three times weekly and was celebrated by the airport with easyJet macarons.