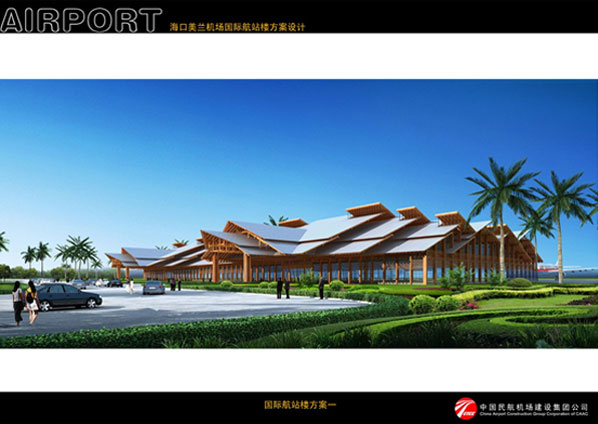 Just look at those palm trees! Tropical Hainan Meilan International Airport: Incentives include up to $32,000 per 200-seat aircraft landing (or $5.7m during the first 12 months of a three-times per week intercontinental route). From end-2012 international airlines will also get to use this brand new terminal.

Hainan Meilan International Airport, serving the capital of Hainan Island, is the only tropical destination in China, and we’re delighted to announce its arrival in the route shop.

Hainan sits on the magical 18 degree North Latitude – the same as Hawaii, the Maldives and Phuket. Initially, the Route Shop listing specifically targets the South East Asian destinations of Seoul, Bangkok, and Kuala Lumpur, although it also strongly desires links to North America and Europe – a rapidly-growing market of around 300,000 European tourists now visit Hainan, representing annual growth in excess of 60%.

From the Chinese side, the airport envisions no regulatory barriers to enterprising airlines. For instance, Hainan is the only province which can grant 5th Freedom Traffic Rights (and its Stop-Over Rights), a privilege allowing foreign airlines to extend their routes from Hainan to a selection of other Chinese international airports such as Chongqing, Tsingtao or Xian with up to seven frequencies per week.

“These could be of particular interest to Middle East carriers that may want to introduce a mixed service – stopping initially on Hainan (for tourism) and then flying on to one of the major business centres,” says Gunnar Moller, commercial director at Hainan Meilan International Airport Co. “By adding sectors such as Chongqing – where 30 million people live – you can change the dynamics of an international route to Hainan.”

Interested airlines can expect other advantages – scheduled intercontinental flights in operation for at least six months can receive an incentive of up to 202,000 RMB (US$32,000) per landing based on a 200 seat aircraft – a subsidy of up to US$5.7 million for the first year of a route being served three times per week!

You can also read about these developments in an article in ACI Asia-Pacific Airports – a new magazine produced for ACI Asia Pacific by the publishers of anna.aero.