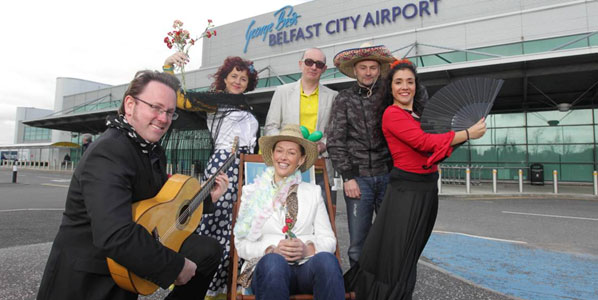 Passengers arrived in Gibraltar on bmibaby’s first flight from East Midlands to the British overseas territory at the Iberian Peninsula. Neil Costa, Gibraltar’s Minister for Tourism, Public Transport and the Port, was on site to welcome passengers and dignitaries, which included Gibraltar Tourist Board’s CEO Nicky Guerrero and Peter Canessa, Director of Gibraltar House in London. At East Midlands, passengers had enjoyed a farewell from Gibraltar’s Kaiane Aldorino, Miss World 2009.