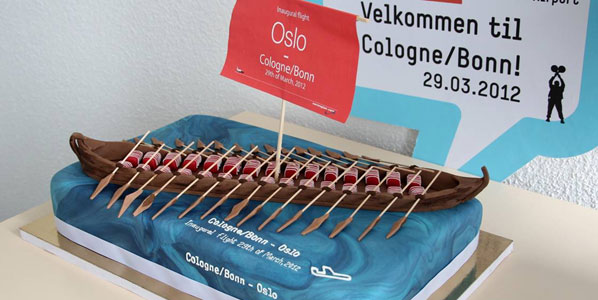 Norwegian’s first flight from Trondheim in Norway to the German capital Berlin was celebrated with an aircraft cake. The new route is the airport’s first year-round service to Germany, which both Visit Trøndelag and Visit Trondheim consider an important opportunity to further develop incoming tourism from its German target market. At Oslo Torp, Norwegian’s new route to Gran Canaria was celebrated with a cake and a raffle among the first passengers. The winner, Guri Hepsø Off, wins two return flights from Torp on Norwegian.