Ryanair opens Wroclaw base as part of 70-route expansion Ryanair’s new Wroclaw base was launched with a cake and a flash mob dance in the Polish airport’s brand new terminal. 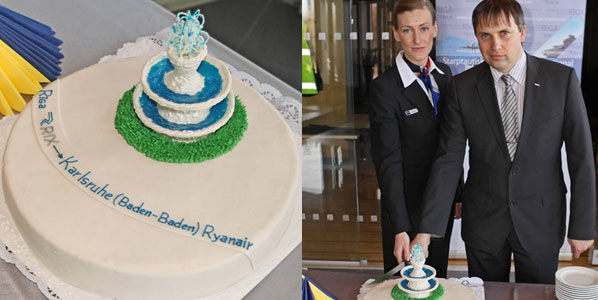 Riga celebrated the new route from Ryanair’s Baden-Baden base with a cake symbolising the German city’s famous thermal hot springs. Agnese Sudmale, representative of Riga International Airport, cut the cake together with the airport’s board member Aldis Mūrnieks. 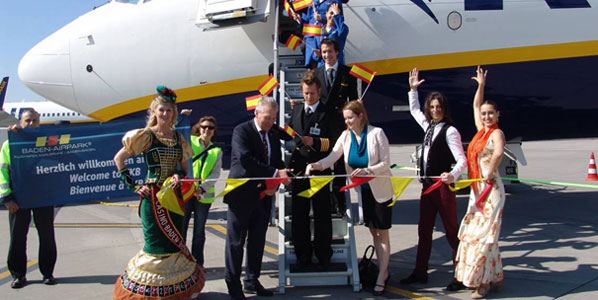 The good luck fairy from the local casino wished Ryanair’s new base at Karlsruhe/Baden-Baden the best of luck as the ribbon for the first flight was cut by the airport CEO Manfred Jung and Henrike Schmidt, Ryanair’s Sales & Marketing Manager Germany.