All two hundred passengers of American Airlines’ flight from Zurich to New York were treated to this giant cake, which was served by Natalie Zalan, Zurich Airport’s Key Account Manager Airline Affairs, on 2 April to celebrate the 25th anniversary of the airline’s presence at the airport. Cutting the cake with Zalan were Philip Read, American Airlines’ GM; the captain of the JFK-bound flight; and Gianni Tronza, American Airlines’ Regional GM. Maria Wall Petrini, Stockholm Arlanda Airport’s Director of Customer Value (pictured second right), made sure that the airport’s 50th anniversary celebrations, which were held over the weekend, were well-balanced, offsetting Sweden’s classic Princess Cakes with a gymnastics session in the departures hall. 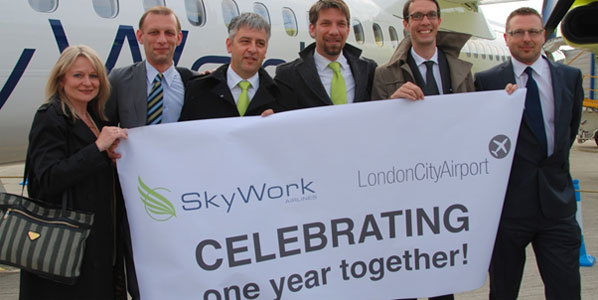 Turkey’s low-cost carrier Pegasus Airlines was given a special welcome for the fifth anniversary of operating to London Stansted Airport. Exchanging gifts in Stansted were the airport’s Commercial Director, Jonathan Crick; and Pegasus' VP Ground Operations, Boğaç Uğurlutekin. Crick said: “Turkey has developed into one of the leading markets for short-haul travel from the UK and Pegasus Airlines have played a key role in developing that market.” 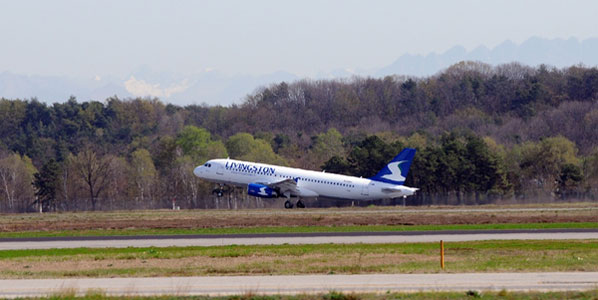 A new Italian charter airline took off to the skies from Milan Malpensa on the last day of March under the classic name of Livingston. Marsa Alam in Egypt became the first destination, but the airline will operate a total of five A320s this summer.