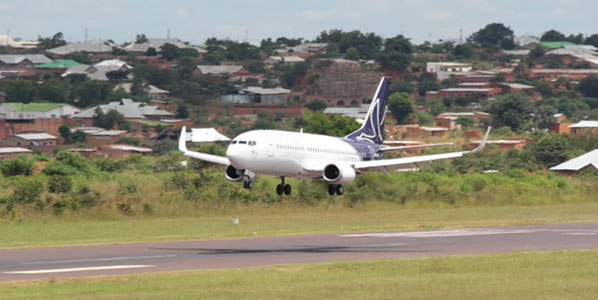 Korongo Airlines’ first flight (pictured) was with the airline’s 126-seat 737-300 between Lubumbashi in the south of the Congo and the country capital Kinshasa where the airline connects with its minority owner Brussels Airlines’ European services. From Thursday, the 737 aircraft will also operate the airline’s first international route; to Johannesburg in South Africa.

The first two routes are indeed to the country capital Kinshasa, which operates eight times a week, as well as to Johannesburg in South Africa, operated twice-weekly from Thursday this week. Three of the eight weekly flights to Kinshasa will allow easier connections to and from Brussels Airlines’ European flights by operating as international services, having passengers clear customs and immigration in Lubumbashi.

Initially, the airline will use a single 126-seat 737-300 and an 84-seat BAe 146-200, both of which are operated by Brussels Airlines. With the arrival of an additional BAe 146, the airline will further expand its domestic network within the southern parts of the country, adding flights to the mining cities Mbuji-Mayi and Kolwezi, although details of these operations are not yet announced.

Although the airline does not (yet) accept bookings online, advertised promotional fares of US$299 on the 1,550-kilometre route to the capital suggest that the airline is entering a relatively high-yield market.