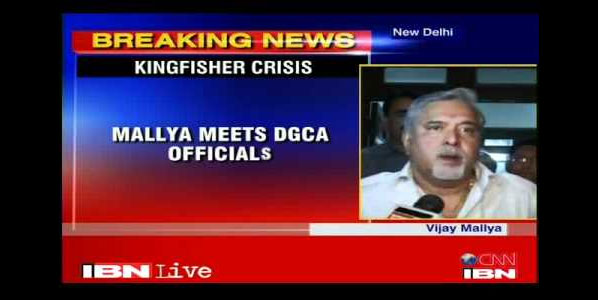 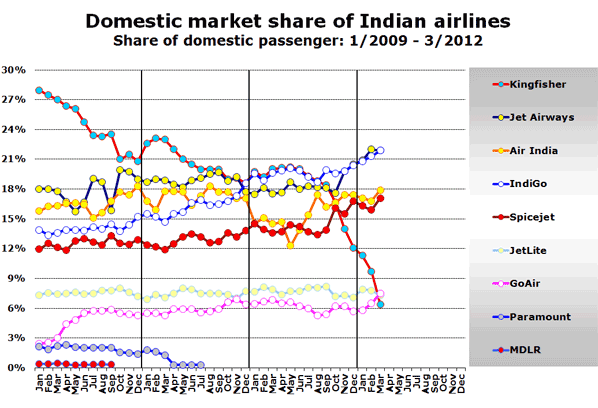 For the eleventh time in the last 12 months, capacity growth (ASKs) outstripped demand growth (RPKs) which may help explain the poor financial performance of many of the country’s airlines.

Domestic air traffic grew at just under 20% in 2011 with growth slowing somewhat towards the end of the year. This year has started with growth in January of 12.4%, the 31st month in a row that there has been double-digit growth in the domestic market according to the Airports Authority of India. 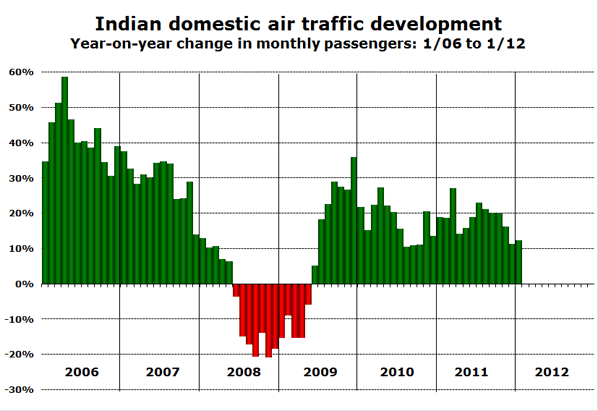 However, according to DGCA data, passengers carried by domestic airlines rose by only just over 1% in March, no doubt as a result of Kingfisher’s rapid cutbacks.

Figures from the Airports Authority of India show that international traffic passing through the country’s airports rose by 6.5% in January, the most recent month for which data is currently available. 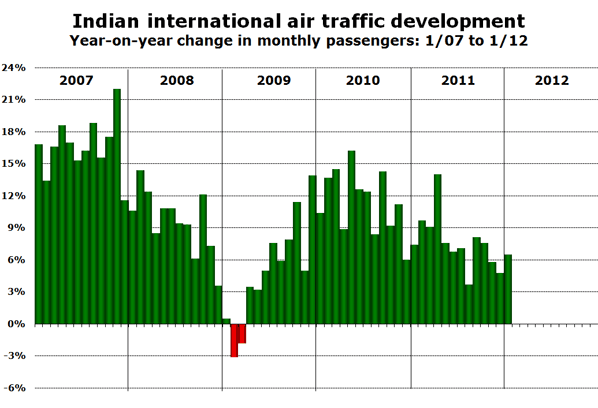 The growth in international traffic was primarily driven by 14.5% growth at Delhi and 7.7% growth in Mumbai, the country’s two busiest international airports. In mid-March, Virgin Atlantic announced that it would be resuming daily flights at the end of October from London Heathrow to Mumbai using more fuel-efficient twin-engined A330s.