With less than two months to spare before the EURO 2012 kick-off, Lviv Airport in the Ukraine inaugurated its new terminal, further strengthening its position in the region. Cutting the ribbon and unveiling the monument to the founder of the city were; the Ukrainian Deputy Prime Minister and Infrastructure Minister, Borys Kolesnikov; Lviv Region’s governor, Mykhaylo Kostyuk; Ukrainian President, Viktor Yanukovych; and UEFA’s chief, Michel Platini. 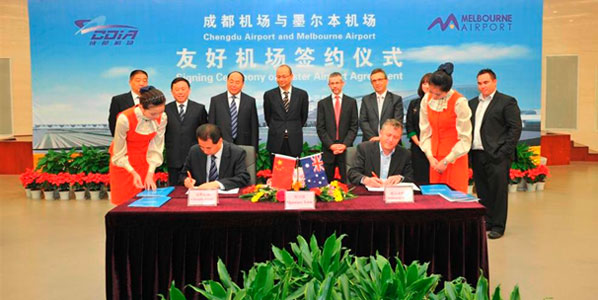 Fort Lauderdale’s Silver Airways, formerly known as Gulfstream International Airlines, upgraded its service to Marsh Harbour Airport in the Bahamas to Saab 340B-Plus this week. Formerly the route was operated with Beech 1900s. The equipment upgrade was marked with a celebratory cake at the Bahaman airport. Silver Airways operates a mix of domestic routes and services to the Bahamas (Photos courtesy of our friends at Airline Weekly).

Turkish gears up for its Passenger Portraits campaign Turkish Airlines gears up for its latest marketing campaign with a series of portraits created by the New York based artist Craig Redman, which features a number of famous sportsmen that are sponsored by the airline (for example Manchester United’s Wayne Rooney), and will be exhibited in airports at a later stage. The Turkish Airlines Passenger Portraits campaign aims at promoting the airline’s sponsorship and will be launched shortly.