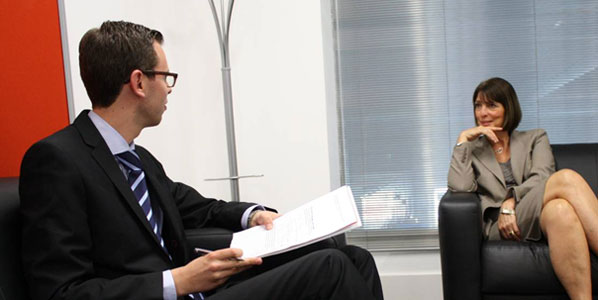 In the easyJet crew lounge at Lisbon Airport’s Terminal 2, home to the low-cost airline’s brand-new base, easyJet's CEO Carolyn McCall spoke to anna.aero’s Andreas Akerman about how the Lisbon deal was made possible, the airline’s opportunities as Berlin gets a single airport, and how easyJet is looking forward to breaking Alitalia’s Linate-Rome monopoly.

Invited by easyJet, anna.aero travelled to Lisbon together with the airline’s CEO Carolyn McCall for the opening of the low-cost carrier’s new base in the Portuguese capital airport’s Terminal 2, which just weeks ago was converted from a domestic terminal into a dedicated low-cost facility. After the press conference for the Portuguese media, the anna.aero fan McCall generously set aside time to speak exclusively to us about both the Lisbon base and easyJet’s overall network plans.

anna.aero: The Lisbon base was announced quite far back, in October 2010. What is it that made the launch take place right now? Is it the completion of Terminal 2?

McCall: Yes, it is entirely T2. The base made no commercial sense before the terminal was finished. Also, once we had the verbal agreement with the government, it took months to settle the terms of the contract, not least because the change in government delayed negotiations. But easyJet has a long-term commitment to this base and the contract is signed for five years. The current economic situation in Portugal might even help us with outbound passengers from Lisbon. The value that easyJet provides pulls them in.

anna.aero: How are you affected by the fact that TAP Portugal is for sale? Do you fear that the airline will become stronger with a new owner?

McCall: Regardless of who owns TAP, we will do what we do very well. We don’t mind competition.

anna.aero: Turning to other markets, our recent analysis of easyJet’s network developments showed that frequencies in Germany are unchanged. If you see potential in attracting cost-conscious passengers from Europe’s weaker economies, is that why you lie low in Germany where the economy is doing better?

McCall: That’s an interesting thought, but I don’t think so. We are not really in Germany, we are in Berlin where we are strong and intend to be stronger with the new airport. Passengers who previously only flew from Berlin Tegel will be tempted to fly easyJet once all airlines serve the same airport. We will establish ourselves at Berlin Brandenburg and take it from there. Besides, passenger numbers are up, it is just capacity that is static.

anna.aero: easyJet is not particularly strong in Scandinavia or in neighbouring Finland. You only have a significant presence in Copenhagen as well as a single route to Stockholm Arlanda (having pulled out of both Helsinki and Gothenburg, and never having served Norway). Do you consider Norwegian’s rapid expansion and large aircraft orders too big a threat to take on in those markets?

McCall: If there was an opportunity in Scandinavia, we missed it. It is a market in which two airlines are fighting each other, so we see greater opportunities for us elsewhere. For example, we see opportunities in Switzerland and in France where we have just opened new bases in both Nice and Toulouse as well as started serving Lille. There are also opportunities in Italy, for example in Milan after Lufthansa pulled out of its Malpensa base and at Linate where the Italian competition commission just ruled against Alitalia’s monopoly on the route to Rome Fiumicino. These are markets that we understand well. 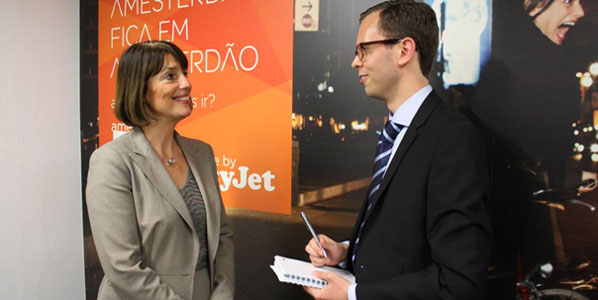 McCall: “Routes to North Africa, Jordan and Israel balance our seasonality. We don’t enter these markets because they are new and interesting; we do it because they make commercial sense.” (All photos by Paul Moore, Communications Director, easyJet. All rights reserved.)

anna.aero: easyJet has also entered new markets in the periphery of Europe. Most recently, you have launched flights to Reykjavik and announced yet another route to Tel Aviv, from Manchester. Can we expect you to pioneer more new markets?

McCall: Short-haul flights within Europe are and will remain our core business, but routes to North Africa, Jordan and Israel balance our seasonality. We don’t enter these markets because they are new and interesting; we do it because they make commercial sense. In the example of Jordan, we are able to offer much lower fares than had been available in the market before.

anna.aero: How about pioneering new airports, such as the London Southend base launch? Can we expect to see more developments of that kind from easyJet?

McCall: London Southend has been a unique opportunity for easyJet, in which we designed the new terminal together with the owner Stobart. But it is wise for us not to put all eggs in the London Stansted basket, and the two airports share similar catchment areas. So I don’t know if we will come across more similar opportunities. London Southend is a unique situation because of being a very efficient London airport with a good catchment area. From plane to train takes only 10 minutes.

anna.aero: easyJet’s ordered aircraft will soon all be delivered. What are your fleet plans for continued growth?

McCall: We are currently going through a rigorous fleet renewal evaluation process. A number of departments are involved, studying everything from the economic case to the transition plan. The aircraft selection is narrowed down to three suppliers and their latest engine options; Airbus’ A320neo, Boeing with its 737 MAX and Bombardier with the CS300. In a few months, we will be ready to talk to the board about this.