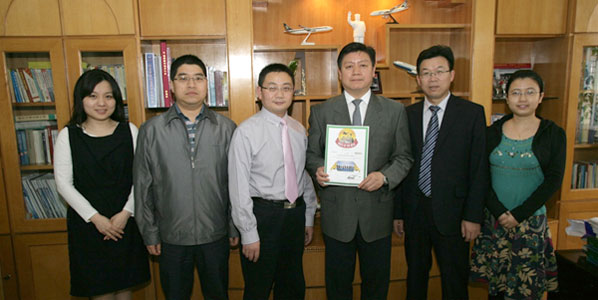 Zhang Huiyu, Vice GM Sichuan Airlines, and Lindsay Margenau, Canadian Vice Consul in Chongqing, jointly announced Sichuan Airlines’ latest route, which will connect Chengdu with Vancouver. The thrice-weekly service, which will launch in June, is the first to connect western China and North America, but it will make a stopover in northeastern Chinese city of Shenyang.