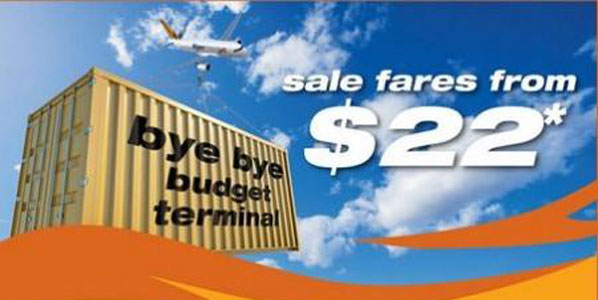 Tiger Airways “Bye-Bye Budget Terminal Sale” marks the closure of Changi’s low cost facility which first opened in 2006. But, rather than rejection, the move signals the airport’s deeper embrace of LCCs as new no-frills Terminal 4 will be much larger – initially capable of handling 17 million when it opens in 2017.

Tiger Airways launched low-cost flights from Singapore in September 2004, initially to just three destinations in Thailand; Bangkok, Hat Yai and Phuket. Since then the airline has flown, at one time or other from Singapore, to some 40 destinations across Asia with its fleet of 20 180-seat A320s. Last week the airline resumed flights to Kochi in India, bringing the number of destinations served non-stop by Tiger Airways from Singapore to 28. This includes Clark (Philippines) and Medan (Indonesia) which are operated respectively by partner airlines SE Air and the recently re-launched Mandala. 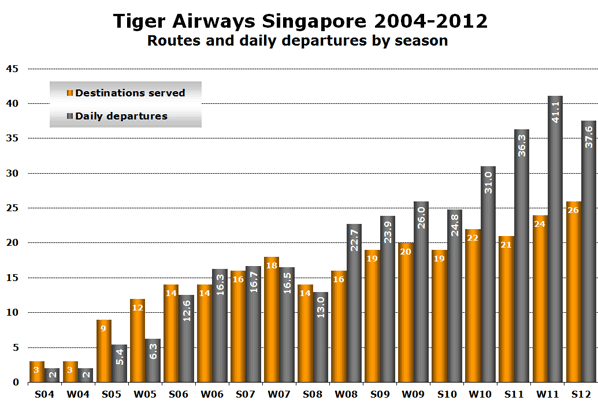 Unlike most European LCCs the average weekly frequency for routes has actually grown over time from less than five flights per week initially, to an average of 12 flights per week last summer. Bangkok with 37 weekly departures and Kuala Lumpur with 30 are by some distance the airline’s two busiest routes. A total of 13 different country markets are served by Tiger Airways from Singapore this summer.

One notable feature of the network scheduling is that while on Mondays, Fridays, Saturdays and Sundays the airline operates between 80 and 90 daily departures, on Tuesdays and Thursdays this falls to less than 70, and just 59 flights depart on Wednesdays. With a further 36 A320s on order the airline will have the resources to grow as the easing of local bilaterals open up more opportunities.