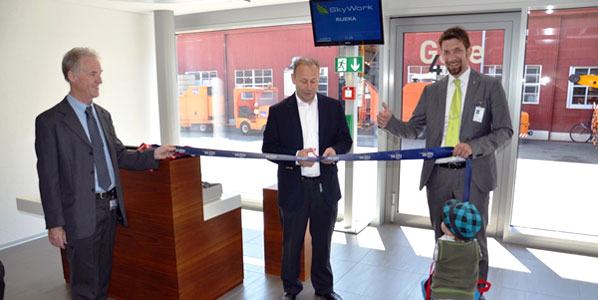 Supervised by one of the younger travellers on the maiden flight, Bern Airport’s CEO Mathias Häberli cut the ribbon for the latest new route from the airport to Croatia’s Rijeka, assisted by the airport’s Director of Ground Services, Heinz Kafader, and SkyWork’s CEO, Tomislav Lang.