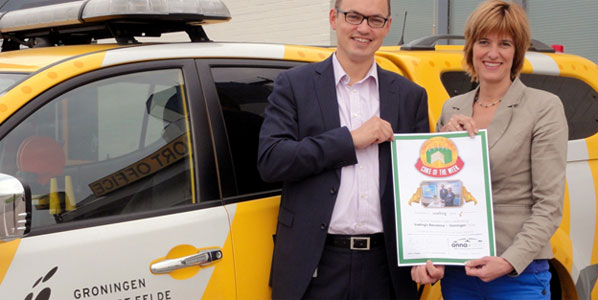 In Groningen, Jonas van Dorp, the airport’s Business Development Manager, and Monique Clarisse, Manager Marketing and Sales, posed with anna.aero’s Cake of the Week certificate, awarded for the cake baked in honour of Vueling’s route from Barcelona. 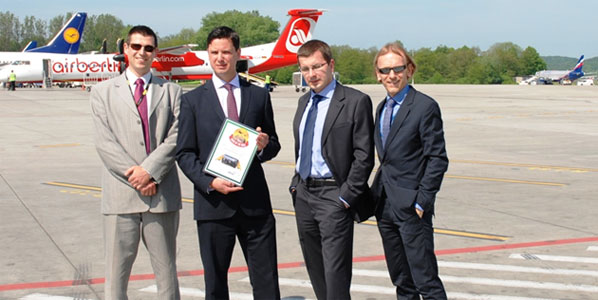 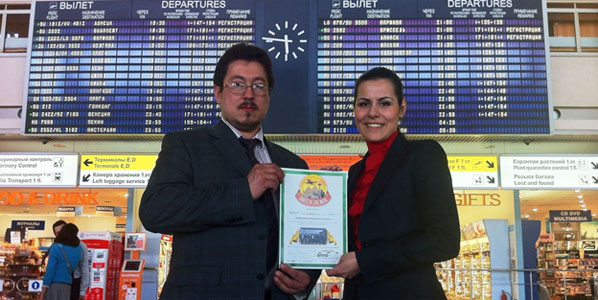 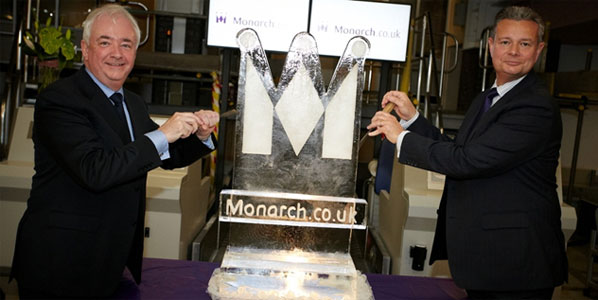 Leeds Bradford Airport’s CEO, John Parkin; and Kevin George, Monarch’s Managing Director, celebrated the airline’s new ski route announcement from the airport in northern England by cutting into this impressive ice sculpture. Beginning in mid-December, Monarch will offer scheduled services from Leeds/Bradford to both Munich and Grenoble – its first routes from Leeds/Bradford.