Ryanair launches new routes to Bilbao and Mahon in Menorca Ryanair’s new routes to Malta were celebrated with this multi-national cake, here seen with close-ups of the figurines representing the routes launched last week. Posing by the cake table were dancers Berthille, Ewange, Sandra and Eldridge, along with the Ryanair crew and Malta Airport’s Katharina Seidl from the Airline Marketing Department and Jeanette Zammit, Human Resource Executive and creator of the cake. 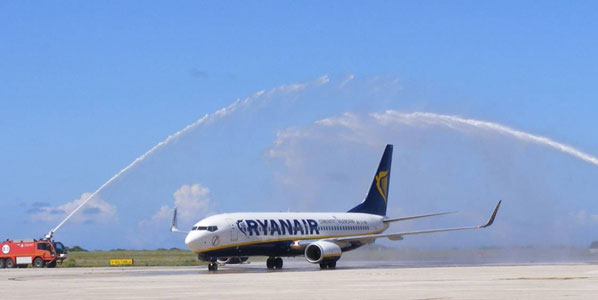 Ryanair has now landed in Mahon on the Balearic island of Menorca with two domestic routes; from Barcelona and Madrid.