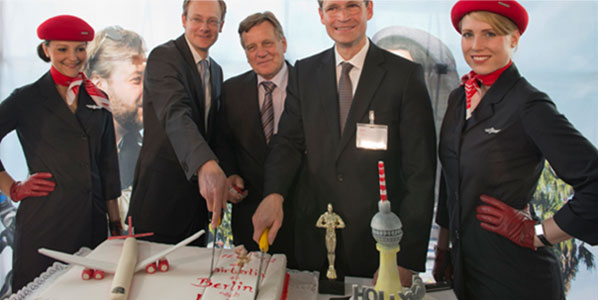 Cutting the cake for airberlin’s new route to Los Angeles were Till Bunse, Director of Marketing and Public Relations for Berlin Airports; Hartmut Mehdorn, CEO airberlin, and Michael Müller, Mayor and Senator for Urban Development and Environment of Berlin.