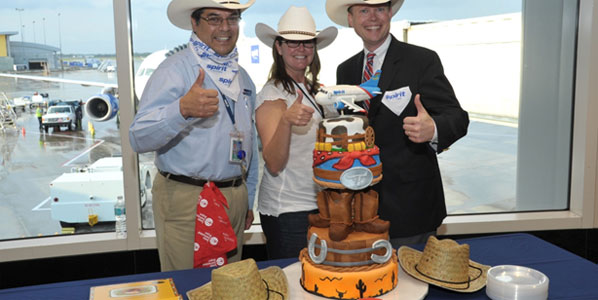 Oakland Mayor Jean Quan and Port of Oakland’s Executive Director Omar Benjamin were amongst those celebrating the opening of Allegiant’s latest base at the San Francisco Bay Area airport, which anna.aero previously reported on. In appreciation of the economic impact to the region, a delicious-looking cake was served.