Denver-based Frontier Airlines, a subsidiary of Republic Airways Holdings, transported almost 15 million passengers in 2011 (up 2% on 2010), at an impressively high average load factor of 86% (up three percentage points on 2010). The airline is now only the third biggest carrier at Denver International Airport (with around 20% of seat capacity), having recently been overtaken by Southwest (25%) and trailing a long way behind United (almost 40%). 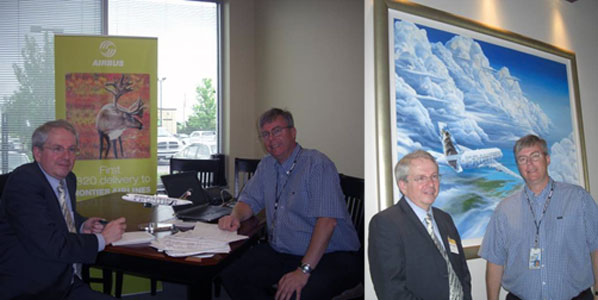 anna.aero: After acquiring Frontier Airlines in 2009 Republic Airways Holdings has now indicated that it is looking to ‘spin-off’ the airline, and is actively looking to sell a majority stake in the carrier. What impact is this having on the airline’s network planning activities and what’s happening with your fleet?

Westgate: We are gradually phasing out our smaller regional aircraft, including our A318s, to firmly establish ourselves as an Ultra Low Cost Carrier focussing on our A319/A320 and Embraer E190 operations. We will be operating 73 lines of flying this summer (June 2012) comprising 15 A320s, 38 A319s, four A318s, 15 E190s and a single ERJ145. The small regional jet is used to operate twice-daily between Milwaukee (MKE) and Rhinelander (RHI) in Wisconsin as part of an Essential Air Services agreement, which we can only withdraw from when a replacement carrier has been found. We believe Great Lakes is willing to start services to Rhinelander from Minneapolis/St. Paul with a smaller Beech 1900, but as yet we don’t know when. Until then we are obliged to continue operating the route. 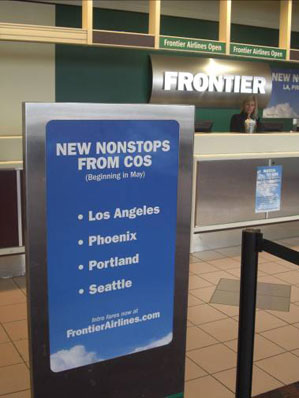 anna.aero: What’s it like competing with United and Southwest here in Denver?

Westgate: Obviously both of these carriers are serious competitors. However, we do have a lot of goodwill from the local area for being Denver’s “home” carrier. On some routes, such at Knoxville, where we compete against United they utilise 50-seat regional jets while we operate A319s. Against Southwest we regularly have the lowest fare as well as assigned seating and Live TV.

anna.aero: What new network developments are you planning for this summer?

Westgate: During May we are starting new routes from Denver to Bismarck (North Dakota), Bloomington (Illinois), Cedar Rapids (Iowa) and Great Falls (Montana) all operated four or five times per week with our E190s. We are also starting seasonal services (until early September) to Harrisburg (Pennsylvania) and Bellingham (Washington). The latter will give us the opportunity to tap into the Canadian market around Vancouver, and also the Alaskan cruise market. Another significant development is the expansion of services from Colorado Springs (around 90 minutes drive south of Denver) from where we are starting four new routes to Los Angeles (California), Phoenix (Arizona), Portland (Oregon) and Seattle-Tacoma (Washington) in mid-May. Apart from Los Angeles which is served by United with regional jets, all of these are new services for the airport. Finally, we are also starting flights from both Harrisburg and Bloomington to Orlando in Florida.

anna.aero: Your animal-themed tailfins are extremely popular and some of these appear in your advertising as spokesanimals. I believe you recently added a new spokesanimal as voted for on your website?

Westgate: Yes, we recently ran an on-line competition starting in March to select a new spokesanimal. From an initial 18 possible contenders we got down to a final three of Chloe the chipmunk, Enrique the tree frog, and Polly the parrot. Polly was the winner with 39% of the 65,000 votes cast during the competition. 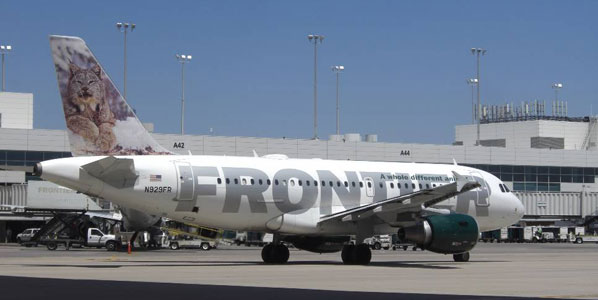 Larry the Lynx, one of Frontier Airlines' spokesanimals. Apparently his favourite pastimes are "having his whiskers trimmed, cat napping on the tarmac, and really big balls of yarn". All of Frontier's aircraft have a different tail design so anna.aero was lucky to catch Larry 'in action' during a recent visit to Denver International Airport.