In Bismarck, the ribbon was cut to welcome Frontier’s new route from Denver. The route to the North Dakota city, which competes with United Express, is operated five times weekly. 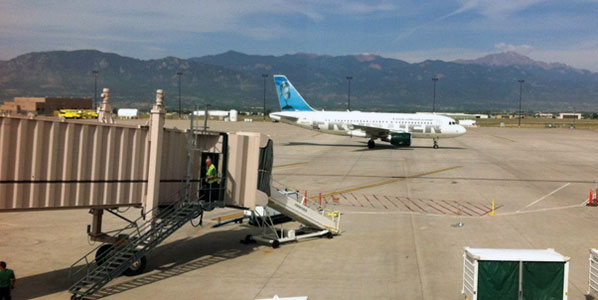 Frontier’s ‘Flip the Dolphin’ aircraft departed Colorado Springs on the inaugural flight to Phoenix on 18 May, starting a major expansion of the airline in the city.