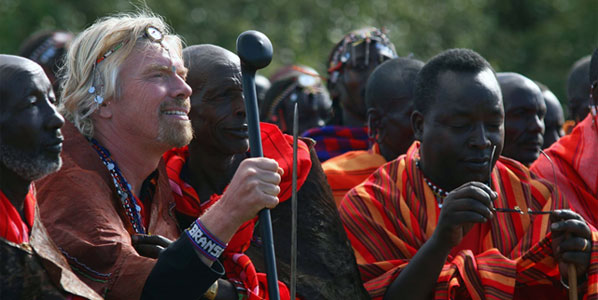 The Virgin London-Nairobi launch, June 2007: The Masai tribe make Sir Richard a tribal Elder “in return for bringing prosperity to the land.” On the withdrawal Virgin says: “We have to deploy our aircraft to routes with the right level of demand to be financially viable.” (anna.aero believes the slots and capacity have been shifted to Virgin’s increased New York frequencies.)

Last week, Virgin Atlantic revealed that it would be withdrawing from the Kenyan market as it plans to terminate services between London Heathrow and Nairobi from the end of September. The airline first began operating the route in the summer of 2007, in direct competition with British Airways and Kenya Airways. This helped push the Heathrow – Nairobi market to almost 500,000 passengers in 2007, with a further 150,000 annual passengers travelling from London Gatwick and Manchester to Mombasa, the country’s beach resort. 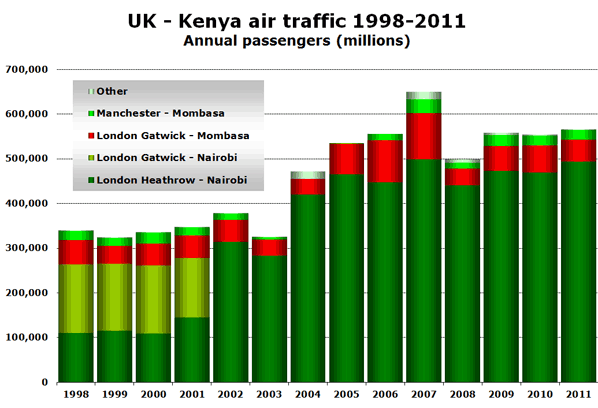 Political unrest at the beginning of 2008 resulted in British Airways cutting its services from 10 flights per week to seven per week, while tourist numbers to Mombasa fell by over 60%, resulting in annual UK-Kenya traffic falling by 23% to around 500,000. In 2009, demand was up by around 10% to 550,000 annual passengers, while 2010 and 2011 produced almost identical figures. 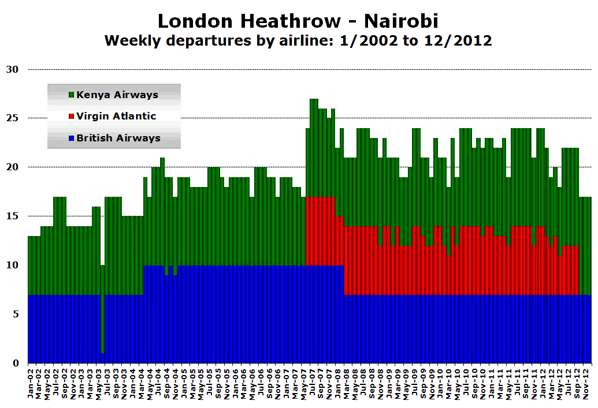 Mombasa flights from London Gatwick and Manchester are provided by Monarch Charter and Thomson Airways.

In a statement, Virgin Atlantic’s CCO Julie Southern said: “We have taken the difficult decision to withdraw our services between London and Nairobi. Despite the best efforts of our employees, external factors including the high price of fuel, increasing aviation taxes in the UK and insufficient passenger numbers throughout the past five years have contributed to the decision. These are still challenging times for the airline industry and we have to deploy our aircraft to routes with the right level of demand to be financially viable.” The airline also pointed out that since the route launched five years ago, the cost of fuel had risen by more than 50% and the UK government’s Air Passenger Duty (APD) had more than doubled.