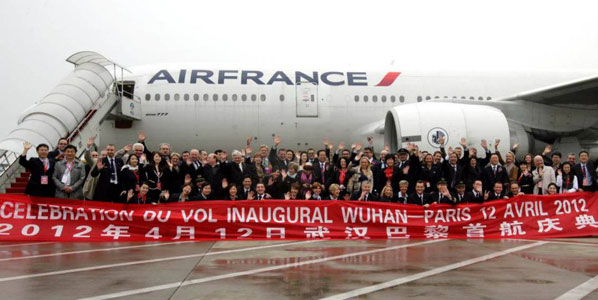 Despite the current issues between the EU and China regarding the adventurous decision to include aviation in the Emissions Trading Scheme (ETS), several airlines have already launched around a dozen new routes between Europe and China this year.

Latest data from the Civil Aviation Administration China (CAAC) reveals that in the first four months of 2012 passenger numbers on Chinese airlines have grown by 9.4% compared with the same period in 2011. Domestic traffic is up 9.2%, while international traffic has grown by 11.7%, helped by an increase of 21.7% in April. 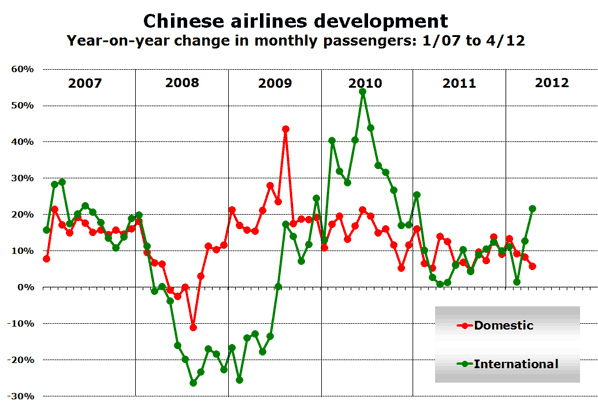 As noted previously, despite the current issues between the EU and China regarding the decision to include aviation in the Emissions Trading Scheme (ETS), several airlines have already launched new routes between Europe and China this year, with more due in the coming weeks.

Apart from the two main international cities of Beijing and Shanghai, there are also flights to and from Europe from Chongqing, Guangzhou, Qingdao, Shenyang and Wuhan.

Official government statistics have confirmed that passenger numbers passing through China’s airports increased by 10% in 2011 to just over 620 million. There are now a total of 53 airports handling more than one million passengers annually, up from 51 in 2010. The following graph shows the top 15 airports in China, how quickly they grew in 2011 and their nearest equivalent sized airport in the US. 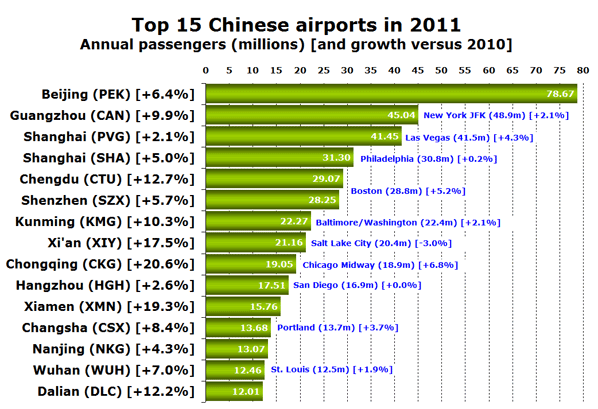