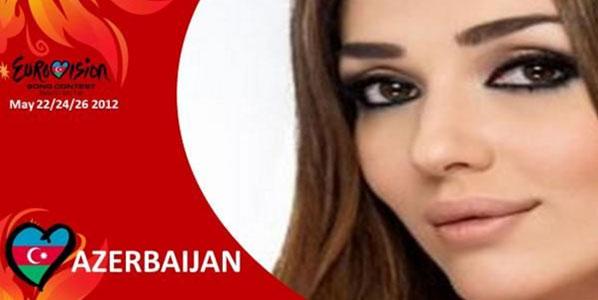 Having won the Eurovision Song Contest in 2011, Azerbaijan’s capital Baku was the venue for this year’s spectacle and vigorously exploited the prime-time TV slot by promoting the country with video ‘postcards’ in between slots. The Azeri entry, by Sabina Babayeva, came a respectable fourth with the highly appropriate title of: “When the Music Dies”.

Having won the Eurovision Song Contest in 2011, Azerbaijan was the venue for this year’s song-and-dance spectacle that took place last Saturday at the recently-completed Crystal Hall in the capital Baku. As host nation, there was ample opportunity between songs to promote the country with so-called filmed ‘postcards’. Even without this latest potential boost to tourism, passenger numbers at the country’s main Heydar Aliyev International Airport (GYD) were up 22% last year to 2.36 million. During the last year, a major coup for the airport has been to attract daily flights to Doha with Qatar Airways. 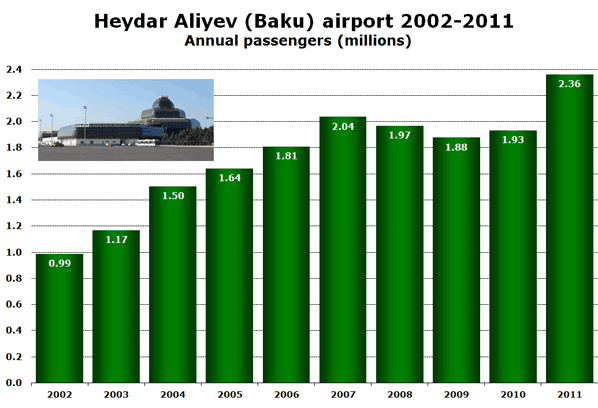 Although there are non-stop flights from Baku to 22 countries, just two (Russia and Turkey) account for over 50% of all scheduled seat capacity this summer, with Russia (27.4%) just beating Turkey (25.6%). After that comes Georgia (6.0%), Ukraine (5.2%) and Kazakhstan (4.7%). Apart from the relatively obvious CIS and Eastern European markets, there are also direct flights to/from Austria, China, Czech Republic, France, Germany, Italy, Latvia, Qatar, UAE and the United Kingdom. While some of these are operated by Azerbaijan Airlines, a number of foreign airlines such as airBaltic, Austrian Airlines, bmi British Midland, China Southern Airlines, Czech Airlines, flydubai, Lufthansa and Qatar Airways also operate to Baku.

With energy exploration forming a big part of the Azerbaijani economy, this helps explain the existence of a twice-weekly non-stop service to Aberdeen in Scotland, another city dominated by energy businesses.

The flag-carrier Azerbaijan Airlines currently has a 45% share of scheduled seat capacity at Baku Airport and serves 28 destinations in 13 countries with its fleet of some 20 aircraft, a mix of Airbus, ATR and Boeing. 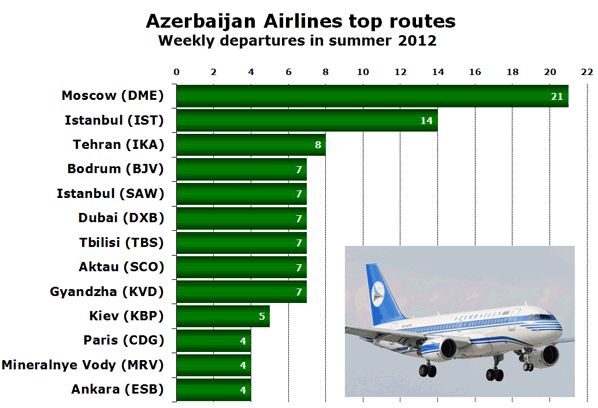 Apart from the above destinations, which are all served with at least four weekly flights, the airline’s network includes Aberdeen, London Heathrow, Milan Malpensa, Prague, Rome Fiumicino and Tel Aviv. In the future the airline hopes to serve the US non-stop with two 787 Dreamliners, which the airline hopes will be delivered in 2014. 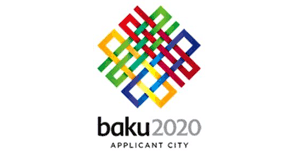 Baku Airport is currently constructing an all-new terminal capable of handling over three million passengers per annum. In addition the old terminal has been given a face-lift so that it will blend in better with the new terminal when completed. Sadly, neither terminal will be welcoming visitors to the Olympics in 2020 as Baku’s bid to host the summer games was rejected last week. 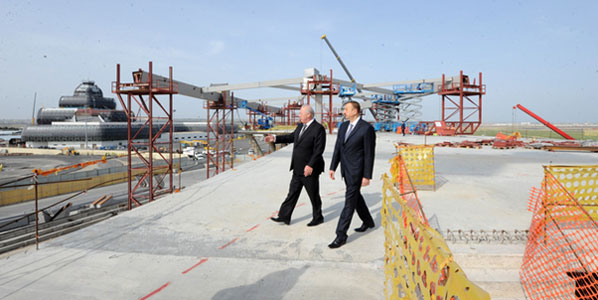 Construction of Baku Airport’s new terminal is well under way and Azerbaijan’s president Ilham Aliyev is here seen getting a tour of the construction site. The airport will also get a new 4,000 metre runway, but will not be greeting any Olympic visitors in 2020 after Baku’s bid to hot the summer games failed to make it through to the final three.