Harrisburg in Pennsylvania welcomed Frontier’s two new routes with a cake. The airline now operates from both its home base in Denver, Colorado – 2,375 kilometres away – and Orlando in Florida, 1,370 kilometres to the south. While AirTran currently competes on the Orlando route, the airline will drop its services later in the year. 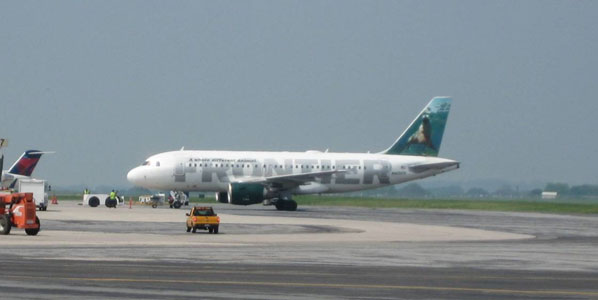 Thanks to anna.aero reader Dave Sommers for this photo of Frontier’s arrival in Allentown, which it now serves twice a week from Orlando.