Air One launches new service between Milan and Warsaw 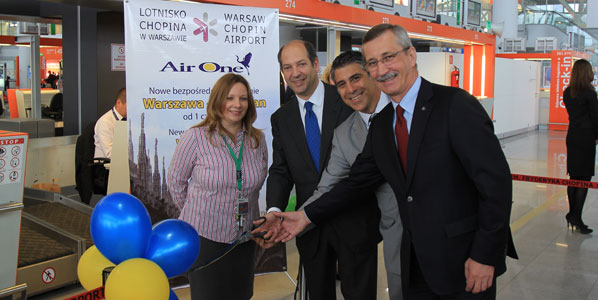 Alitalia’s low-cost subsidiary Air One now flies from Milan Malpensa to Poland’s capital Warsaw, just in time for the European football championships to begin in the country. Next week, the airline will also start serving Warsaw from its new base in Venice. Welcoming the airline was Michał Marzec, CEO Chopin Airport.