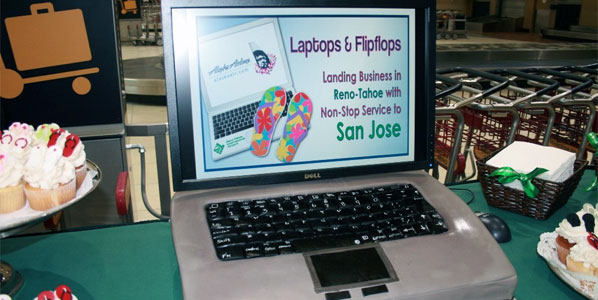 Reno-Tahoe International Airport celebrated that the airport again is connected with San Jose – Silicon Valley’s airport – with this laptop cake, complete with a real monitor. Santa Barbara welcomed its second route on Alaska Airlines after Seattle flights. Flights to the California city will be operated daily from Portland during the summer season. Tracy Lincoln, Operations Manager for Santa Barbara Airport, is here seen interviewed by Scott Hurst of KEYT TV at the launch celebrations.