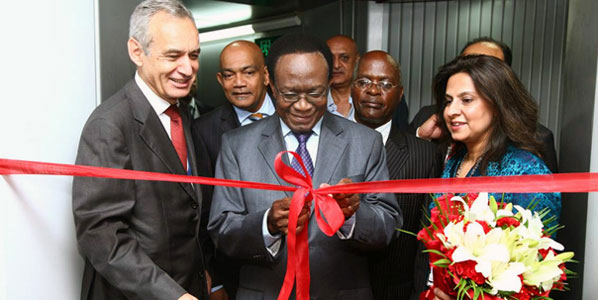 Delhi International Airport, India’s largest airport, has grown by almost 20% in the last year. The latest airline attracted to the airport is Kenya Airways, which serves the Indian capital from its Nairobi hub as of 15 May.

Latest data from the Indian DGCA (Directorate General of Civil Aviation) for April reveals that Kingfisher Airlines has seen its share of the Indian domestic air travel market fall to just 5.4%, making it for the second month running the smallest of India’s seven domestic airlines in terms of passenger numbers. Meanwhile, IndiGo saw its market share rise almost two percentage points between March and April, from 21.9% to 23.8%. No single Indian airline has achieved a 25% share of the market since Kingfisher managed it in May 2009. 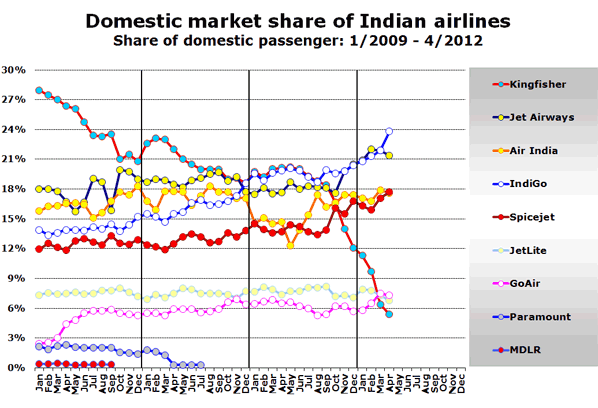 For only the second time in the last 12 months (July 2011 was the last time) demand growth (RPKs) managed to outstrip capacity growth (ASKs) in April.

Figures from the Airports Authority of India reveal that passenger numbers passing through the country’s airports in the period April 2011 to March 2012 were up 13.2% compared with the previous year. The country’s busiest airport in Delhi recorded the second-highest growth of any of the top 15 airports, at almost 20%, taking the number of annual passengers from 29.9 million the previous year to 35.9 million. 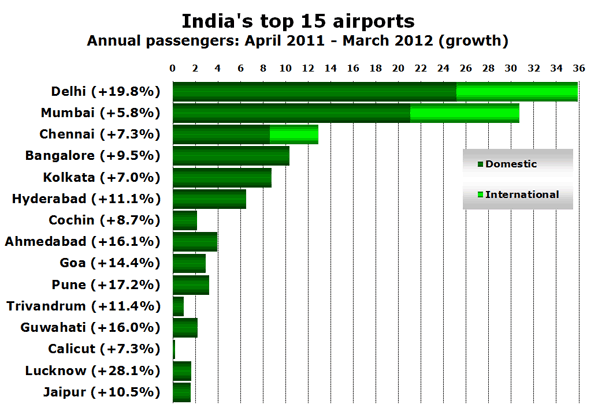 Among Delhi’s new services that launched during the last 12 months are: