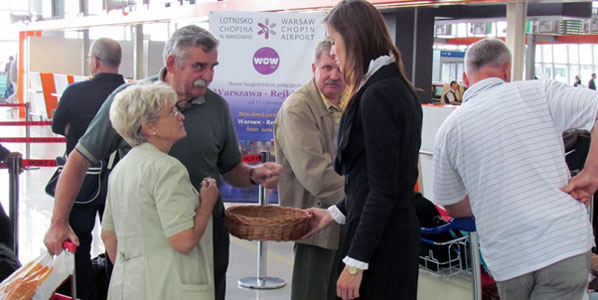 As passengers checked in for WOW air's first flight from the Polish capital Warsaw, they were handed special treats to commemorate the inaugural flight. WOW air now takes on germanwings on the route between Reykjavik and Stuttgart in southern Germany. The start-up low-cost airline was welcomed with a fire-truck salute.