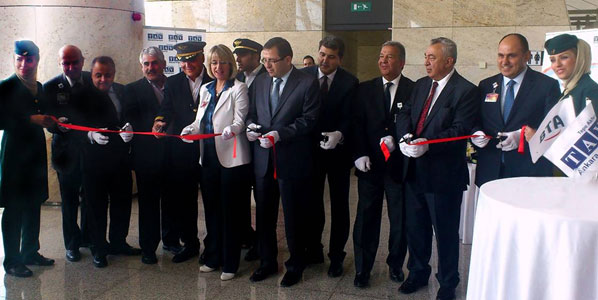 Cutting the ribbon for Mahan Air’s new route to the Turkish capital from Tehran were, among others, Hossein Hosseini, Mahan Air’s Director of Marketing and Route Planning, and Nuray Demirer, TAV Esenboğa General Manager.