Neil Pakey leaves Liverpool and “embarks on his next career chapter” 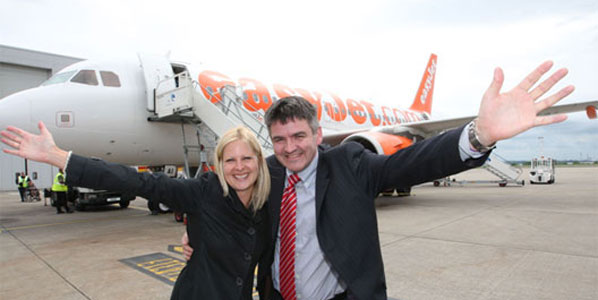 Pakey spent eight years at Peel during which time he orchestrated the rebranding of the boring “Liverpool Speke” into Liverpool John Lennon Airport, and took passenger numbers from less than 1 million to over 5.5 million. At the same time, Pakey helped secure the conversion of Doncaster Sheffield Airport in Yorkshire from a bomber base to a full commercial airport, recording 1.1m passengers in its first full year, primarily through the backing of TUI routes to European sunspots.

Pakey joined Peel from Manchester Airport where he worked alongside ex-Ryanair and Monarch supremo Tim Jeans, joining Manchester when its traffic was less than 6 million passengers a year and working with the team to help grow Manchester to over 15m passengers,  before taking over at Liverpool.  He also worked as the Commercial Director for Air Seychelles and in the European Commission’s Air Transport Unit. Łódź Airport, together with several Polish tour operators, celebrated the launch of new charter services to Rhodes. The airport, which is located in central Poland, saw a 50% yearly traffic growth in May. Passengers can now enjoy new terminal, which was opened on 1 June.