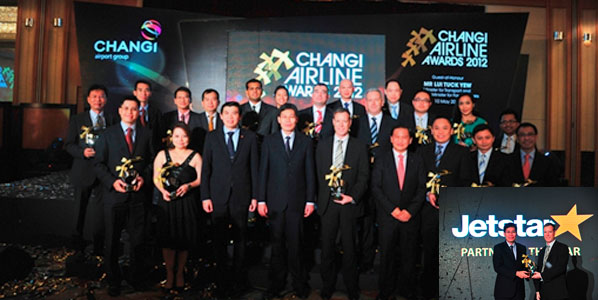 Singapore’s Changi Airport is on course to handle 50 million passengers in 2012, having only passed the 40 million milestone as recently as 2010. Passenger numbers grew by 13.0% in 2010 and then by 10.7% in 2011. In the first five months of 2012, demand is up another 12%. The airport recently welcomed the first flights of Scoot, the low-cost, medium-to-long-haul airline set up by Singapore Airlines, bringing to 66 the number of scheduled airlines currently serving Singapore. Four of these (Air France, Lufthansa, Qantas and Singapore Airlines) operate their A380s to the airport. 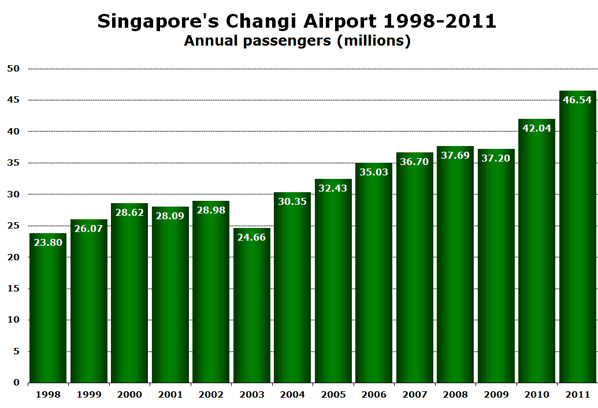 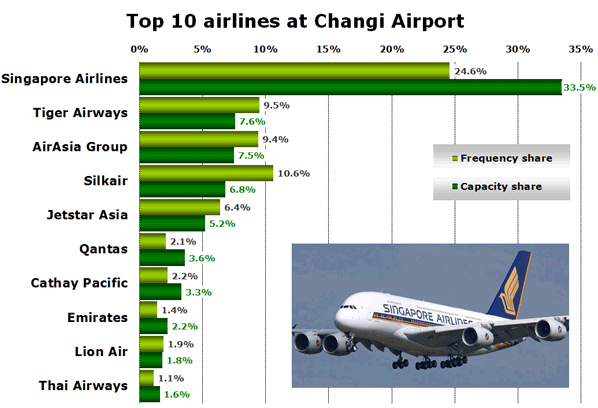 According to OAG schedule data, Indonesia remains the leading country market for flights to and from Singapore. Malaysia has pulled away from Australia in second place, while China has overtaken Thailand for fourth place. 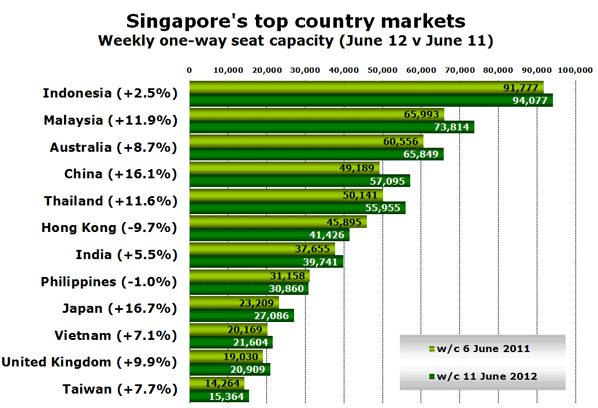 Sixth ranked Hong Kong has seen an almost 10% drop in weekly seat capacity partly explained by the decision of Hong Kong Airlines to drop its daily 737-800 Singapore service from 10 June, a route that the carrier only started in early 2011.

So far in 2012, several airlines have either started new routes to/from Changi or expect to do so in the coming months.

Budget Terminal to be replaced by new Terminal 4

Back in March 2006, the airport opened a dedicated Budget Terminal to cater to the growing low-cost market that wanted simpler (and therefore cheaper) facilities. This became the home for Tiger Airways and other LCCs such as Cebu Pacific, firefly and Mandala Airlines (but not any of the AirAsia group of airlines). Earlier this year, it was announced that the Budget Terminal would be closed in September to make way for a new, larger Terminal 4, capable of handling up to 16 million passengers per annum, which it is planned will open in 2017.