The Vueling crew were welcomed to Southampton in southern England with a cake presented by the airport’s MD Dave Lees. Southampton is one of three UK airports – alongside Cardiff and Edinburgh – to have welcomed new routes with the Spanish low-cost airline in the last week. 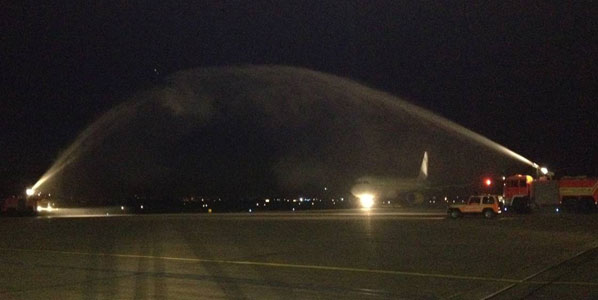 Thanks to Lidia Capković Martinek from Zagreb Airport’s press department who took this picture with her iPhone of Vueling’s late evening arrival in the Croatian capital on 22 June. Flights will be operated from Barcelona three times a week.