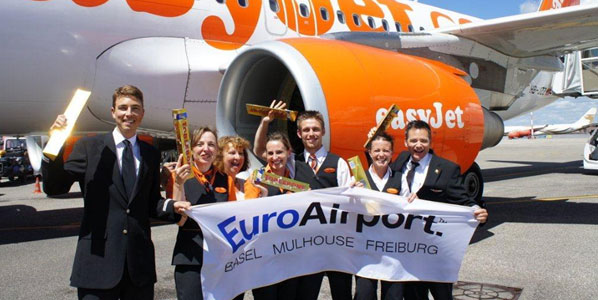 On the crew’s return from Faro to Basel, they were greeted by the airport with Swiss Toblerone chocolate.