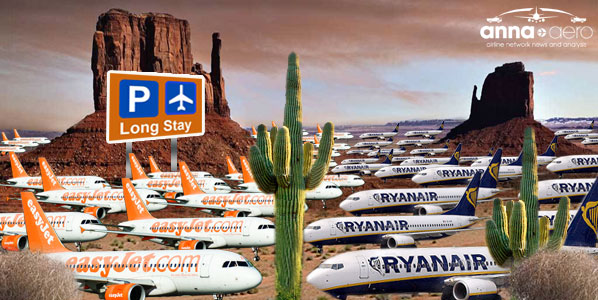 Winter sun: Ryanair literally boasted about how it had to park 80 aircraft last winter and, indeed, anna.aero’s schedules analysis (using SRS Analyser) shows it flew almost 40% less than in peak summer 2011. However, the other low cost airlines are getting in on the parking act – easyJet flew 34% less last winter, compared to July 2011, Vueling 44% less, and germanwings 48% less.

The concept of demand seasonality is well understood in the airline industry: Business passengers travel almost any time except school holidays and Christmas; leisure passengers tend to travel when it’s sunny.

Therefore airlines, especially in Europe, generally earn their profits in summer when demand, yields (and capacity constraints) are highest. In the past, when fuel was much cheaper, airline economics were dominated by fixed costs – aircraft ownership, salaries, and the perceived wisdom that aircraft should be kept flying even in winter, even if loads and yields were significantly lower, as this helped to reduce unit cost per Available Seat Kilometre (at least on paper).

However, with fuel now accounting for 40-50% of costs, more airlines are flying significantly less in winter. Although flying less pushes up the unit cost of the flying that does take place, the idea is that unit revenues will go up by a higher percentage as there will be fewer empty seats during the off-peak period as reduced capacity should lead to higher average fares and better load factors.

Last winter’s high-profile, much-repeated statement that Ryanair would be ‘parking 80 aircraft’ highlighted this new way of thinking. Heavily reliant on leisure traffic, and with no such thing as low-cost fuel, Ryanair stood to gain more than most from the decision to keep a significant proportion of its fleet grounded for several months. But how much have other European carriers been doing the same sort of thing in recent years?

Not so long ago, Ryanair’s monthly ASKs (Available Seat Kilometres) were little different in winter from what they were in summer. However, the difference in monthly ASKs for Ryanair between January 2012 and July 2011 (both of which have 31 days) was a massive 38%. In other words, Ryanair flew almost 40% less in winter than in the peak summer season. 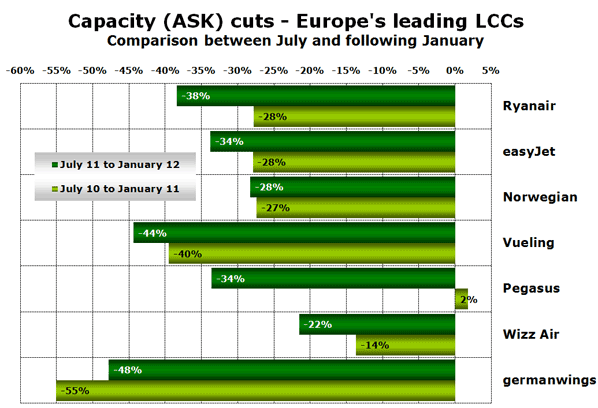 Analysis of how Europe’s leading LCCs compare reveals some interesting results. What may come as a surprise is that Ryanair’s 38% reduction in capacity is not that much higher than easyJet’s 34%, and actually less than Vueling’s 44% and germanwings’ 48%. Pegasus is something of an anomaly here. It was growing so fast in 2010 that, even allowing for winter cutbacks it still saw an increase in ASKs in January 2011 over July 2010. All airlines, with the exception of germanwings, cut capacity more last winter than they did the previous year, suggesting they are gaining increasing confidence in this approach to maximising results on an annual basis.

The most extreme case among Europe’s LCCs is possibly Jet2.com which cut capacity by a massive 83% between July 2011 and January 2012. With its fleet of older 737s and 757s (average age 22 years versus Ryanair’s four years) Jet2.com’s ownership costs are low, as are Allegiant’s in the US which uses a fleet of MD80s (average age 22). Monarch is another airline which uses older aircraft (average 15 years) and has drastic seasonality shift – a 62% capacity reduction between July 2011 and January 2012.

Legacy carriers also adapt; but BA reluctant to give up Heathrow slots 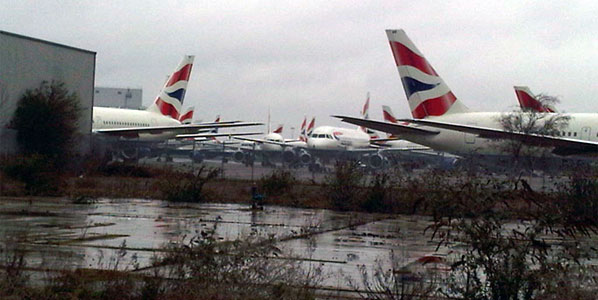 Winter holidays: British Airways would probably like to park a lot more aircraft in winter, but can’t afford to risk losing Heathrow slots. Lufthansa seems to have become the biggest winter parking enthusiast among the legacy carriers: Its January 2011 schedules were a mere 4% smaller than the July 2010 summer programme – that difference had widened to 15% in January 2012.

Legacy carriers tend to suffer less seasonality in demand as their focus is more on business passengers. However, even here there is evidence that Europe’s leading non-LCCs are beginning to follow a similar pattern, although not as dramatically. Again, almost all of the carriers analysed have cut more capacity last winter (January 2012) than in the previous winter (January 2011), with the exception of airberlin as it continues to move away from its leisure roots and evolve into a full-blown legacy carrier. Its 26% cuts were still more than the other legacy carriers examined here. 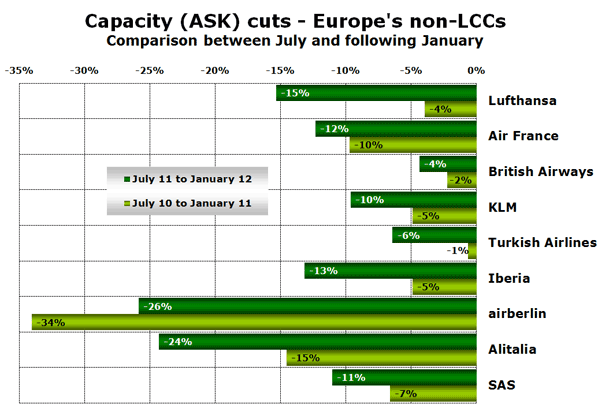 British Airways appears to consistently do the least seasonal cutting of any of the major legacy carriers. This could be because it relies so heavily on business traffic, buy we think it is more likely because British Airways is reluctant to give up its precious slots at London Heathrow. The airline that appears to have most dramatically embraced the new way of thinking among legacy carriers is Lufthansa which went from 4% cuts in January 2011 to 15% cuts in January 2012, a change of 11 percentage points. This beats the nine percentage point change by Alitalia (15% to 24%) and the eight percentage points of Iberia (5% to 13%).

It will be interesting to see what happens this winter. Later in the year, when the winter schedule is more accurately known, anna.aero will take another look. But one thing seems certain; unless fuel prices start to fall significantly, maximising the benefits of cutting capacity in winter, and having the skills and airline strategy to pull this off, plays a key role in the profitability of Europe’s major airlines.