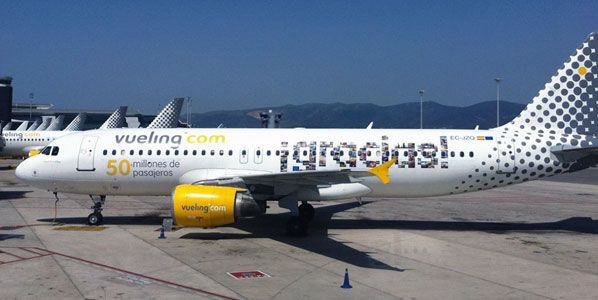 Last week, eight years after its launch, Vueling welcomed its 50-millionth passenger on board and painted an aircraft in a special livery to celebrate. Lluís Pons, Marketing Director, Vueling said: “This figure undoubtedly represents a major milestone for the company, especially in these difficult times where Vueling has opted to grow both in number of routes and flights.” Ryanair celebrated its 10-millionth passenger to and from the three Baltic countries (Estonia, Latvia & Lithuania) at its Lithuanian base at Kaunas Airport. The lucky passengers were 4-year-old Lithuanian twin boys Armandas and Raimandas Pupsys who were on their way to Leeds/Bradford with their mother Rugile Degutyte. The celebratory cake was served by Ryanair’s Nordic & Baltic Sales and Marketing Executive, Elina Hakkarainen. 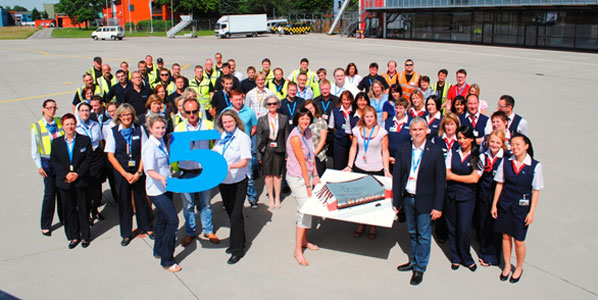 Memmingen Airport celebrated the fifth anniversary of the first regular service at the airport by the Bavarian Alps in the south of Germany. On the 28 June 2007, the first TUIfly aircraft took off for Berlin. The airport is now planning to widen its runway from 30 to 45 metres as well as extending the terminal. Ryanair celebrated the arrival of its 5-millionth passenger in Denmark since stating operations there in 1999 in Aarhus. The celebration was held at Ryanair’s Danish base at Billund Airport. 4-year-old twin siblings Freya and Hjalte Lautrup from Herring were travelling back from Palma and were greeted at the airport with Lego toys by Ryanair’s Nordic & Baltic Sales and Marketing Executive, Elina Hakkarainen. 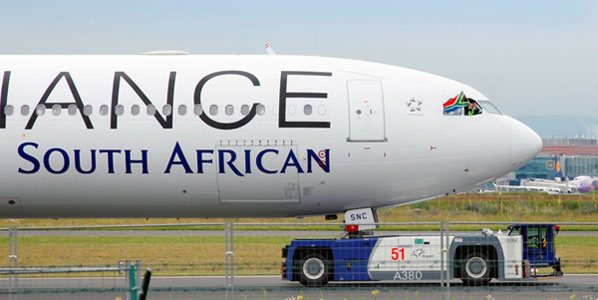 We now have pictures from last week’s SpiceJet launch of services from Mumbai to Dubai. This is the low-cost airline’s third international destination and the carrier eyes further expansion in the region. Tariq Butt, Mumbai Airport’s VP Airport Marketing & Aero Business, welcomed the airline’s delegation with ribbon-cutting, lamp-lighting – and a cake.