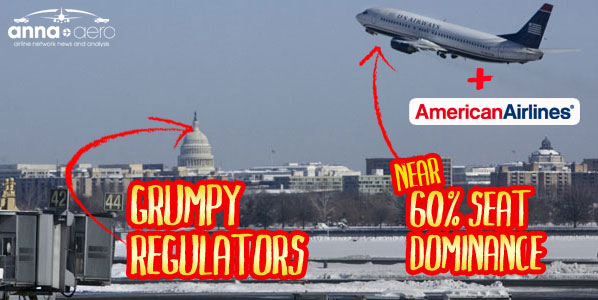 At Washington National a combined US Airways and American Airlines would have nearly 60% of seat capacity; highly observant regulators looking out of their windows from across the Potomac may just notice. 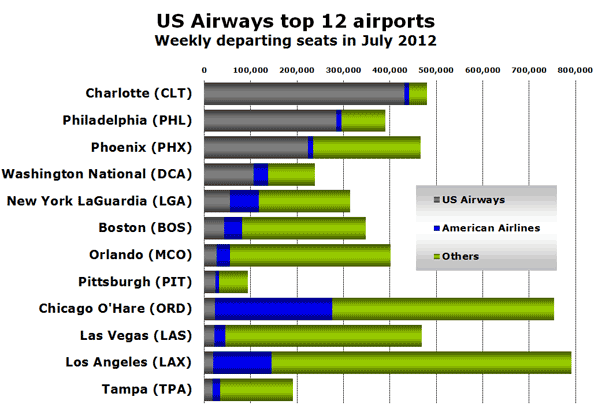 At Phoenix and Washington National US Airways has 48% and 44% of capacity respectively. At Washington National a combined airline would have a total share of 57% of seat capacity which is likely to attract the attention of regulators especially given the strategic location of the airport.

Over one-third of capacity at LaGuardia and Pittsburgh

A combined American Airlines and US Airways would also grow its presence to over one-third of seat capacity at New York LaGuardia airport and Pittsburgh. Pittsburgh is by some way the smallest US airport among US Airways’ top 12 airports. US Airways currently operates from 155 airports in North America (US and Canada). Its smallest presence in North America is at Martha’s Vineyard in Massachusetts from where its partner airline Air Wisconsin operates 10 weekly flights (daily plus second frequency on Friday, Saturday and Sunday) to Washington National using 50-seat CRJs.