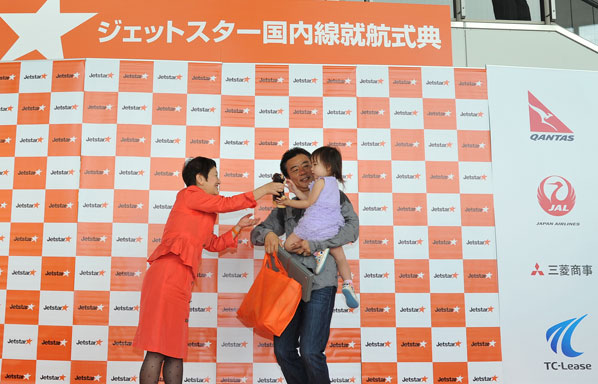 Jetstar Japan CEO Miyuki Suzuki greets her first commercially-important person at the Tokyo Narita-Sapporo Chitose route launch. The logos to the right conveniently show us the owners of Jetstar Japan – Qantas (33.3%), JAL (33.3%), Mitsubishi Corp (16.7%), and TC Lease (16.7%). For a full analysis of this route, read here. 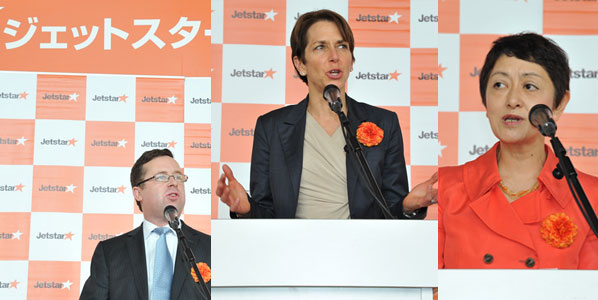 This week saw the launch of Jetstar Japan, the joint venture LCC in which Qantas and Japan Airlines each have a one-third stake. This is the second of three new LCCs that will have launched in Japan by the end of the year, following Peach in March and with AirAsia Japan due to launch at the beginning of August. A summary of the three airlines and their currently-announced route networks is provided in the following table.

All three carriers have chosen to operate A320s in a 180-seat configuration. Analysis of schedule data for 2012 shows how quickly each carrier has grown (or currently plans to grow) after launching. With a few months head start over its rivals, Peach appears to be determined to maintain its status as the biggest of the three new LCCs, as measured by weekly departures. 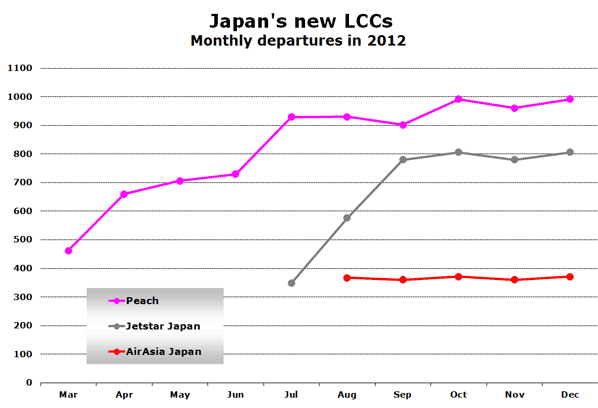 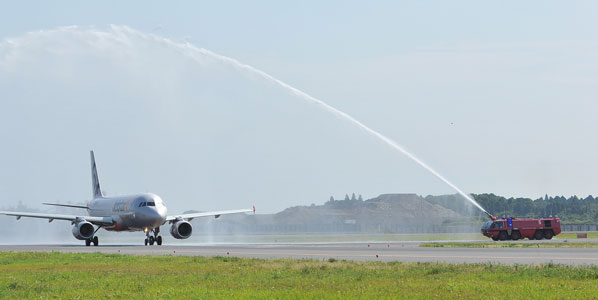 Wetting the head of the new Jetstar baby – Jetstar Japan gets the traditional salute from Narita’s fire trucks as flight GK111 gets ready to head for Sapporo. This is the second of three new Japanese LCCs that will have launched by the end of the year, following Peach in March, and with AirAsia Japan due to launch in August. Peach was an anna.aero Route of the Week with its Osaka Kansai-Seoul Incheon international service in May.