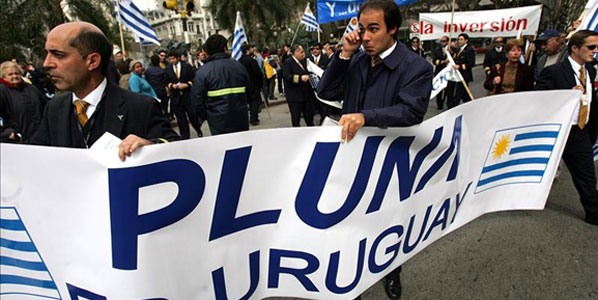 Cry for me Argentina (but not Aerolineas Argentinas – a big beneficiary of Pluna’s demise). Pluna’s failure also sees the loss of seven destinations to mighty Brazil.

The recent suspension of all flights by Uruguay’s national carrier Pluna leaves the country’s main airport at Montevideo in a difficult position as the airline, which was established as long ago as 1936, accounted for over 55% of scheduled traffic at the airport, based on our analysis of Innovata data using SRS Analyser. The airline’s fleet had recently grown to 13 90-seat CRJ900s offering flights to 12 destinations across South America, including seven destinations in Brazil, three in Argentina and one each in Chile and Paraguay.

With an estimated population of just 3.3 million people (compared with 40 million in Argentina and 193 million in Brazil), Uruguay’s civil aviation activities are relatively modest. However, Montevideo’s Carrasco International Airport has an impressive, modern terminal (which opened in December 2009) designed by the globally-renowned Uruguayan architect Rafael Viñoly, and capable of handling some 3.5 million annual passengers. Last year the airport handled almost two million passengers for the first time. 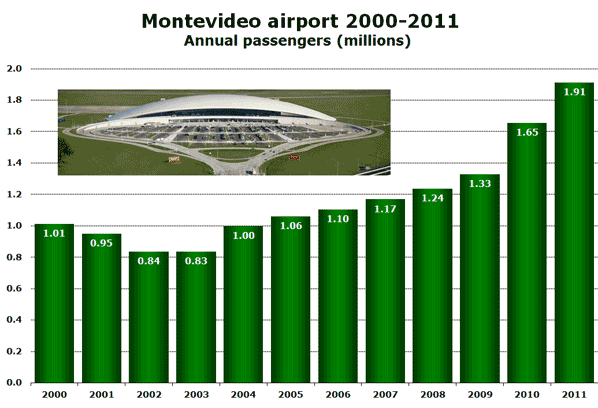 Pluna was dominant carrier at Montevideo

Based on schedule data for June (before Pluna ceased operating) the home carrier was by far the leading airline at the airport with almost 200 weekly departures, accounting for almost two-thirds of all aircraft movements and well over half of all scheduled seat capacity. 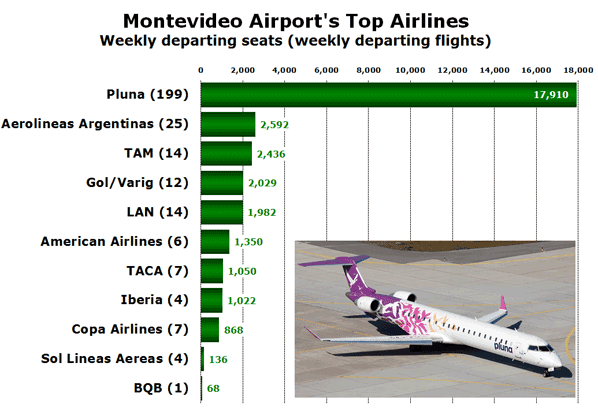 The second busiest carrier is Aerolineas Argentinas which operates daily flights to both airports serving Buenos Aires, the Argentine capital being less than 250 kilometres away. Since Pluna operated some 10 flights per day between the two cities (representing some 40% of its weekly seat capacity) it seems likely that Aerolineas Argentinas will increase capacity and frequency on the route in the near future, available aircraft capacity permitting. 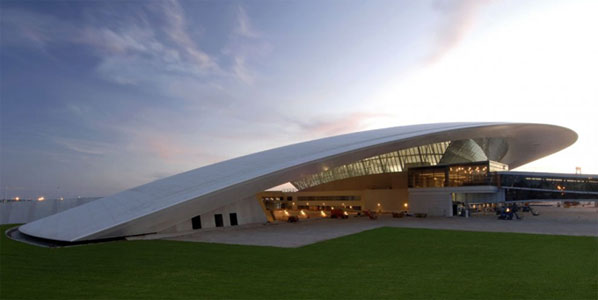 That empty feeling: Montevideo’s new Carrasco International Airport, designed by the globally-renowned Uruguayan architect Rafael Viñoly. Pluna’s suspension leaves it in a difficult position: According to our analysis of Innovata data, the national airline accounted for over 55% of scheduled traffic.

Pluna’s seven routes to Brazil accounted for a further 40% of the airline’s capacity. While TAM still serves Sao Paulo Guarulhos, and GOL serves Porto Alegre, no other carrier currently links Montevideo with Belo Horizonte, Brasilia, Curitiba, Iguassu Falls and Rio de Janeiro. LAN Airlines stands to benefit on the Santiago (Chile) route, but Asuncion in Paraguay will no longer be served non-stop from Montevideo by any airline.

Other carriers serving Montevideo include American Airlines (to Miami), Copa Airlines (to Panama City), and Iberia which is the only carrier operating non-stop flights to Europe, with its four weekly flights to Madrid.