Although 11 July was the date of a big expansion for Delta at New York LaGuardia, Louisville in Kentucky welcomed the airline’s arrival from a second New York Airport – JFK – with cupcakes and goodie bags. 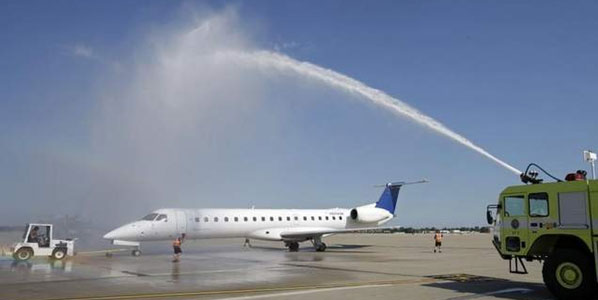 A fire truck sprays water over Delta’s commuter plane bound for New York LaGuardia as it pushes back from the gate in Cleveland, Ohio.