Kagami-wari, a traditional Japanese ceremony celebrating a new beginning by breaking the sake cask open with mullets, was performed by Sea-Tac’s and ANA’s officials. To ascertain the future success of the route, sake was then shared with everyone – including all the passengers of the first flight. 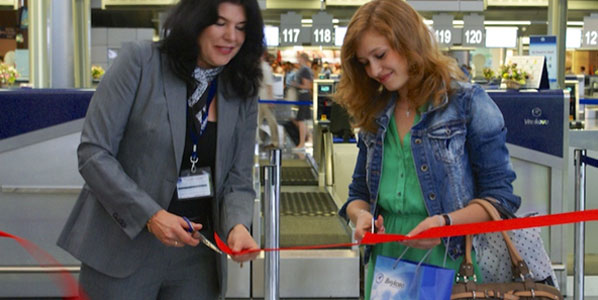 Olga Lupandina, Vnukovo Airport’s Head of Marketing, cut the ribbon for Transaero’s new route to Paris Orly together with the first passenger, Olga Kanarik from Moscow who was travelling to Paris for a month’s visit. Transaero, which partners on the new route with Aigle Azur of France, will also operate to Paris from Domodedovo.