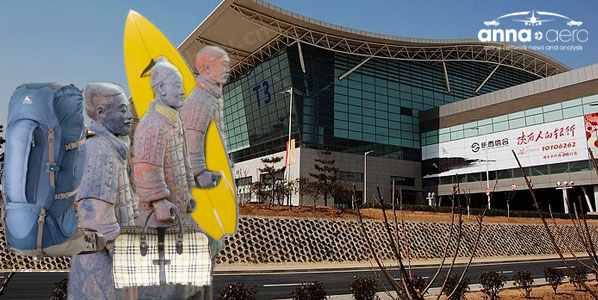 Soldiering on: Xi'an Xianyang has over 21 million passengers so, with regular +20% growth and plans to serve 33 million passengers by 2020, it really does need the new third terminal that opened in May. Despite universal tourist interest in the Terracotta Warriors, as 98% of weekly departures are domestic, most foreign tourists still fly in on non-direct routes.

China’s 8th busiest airport in 2011, Xi’an Xianyang International Airport, handled just over 21 million passengers, and reported growth of just under 18% for the second straight year. In May, the airport opened its new terminal, T3, and a second runway, which will help the airport meet its target of some 33 million passengers by 2020. The airport is the busiest in north-west China and is currently dominated by domestic traffic which accounts for 98% of all weekly departures. Xi’an is famous as the home of the Terracotta Army, is one of the main centres of China’s rapidly emerging space industry, and hosted the World Horticultural Exposition in 2011. 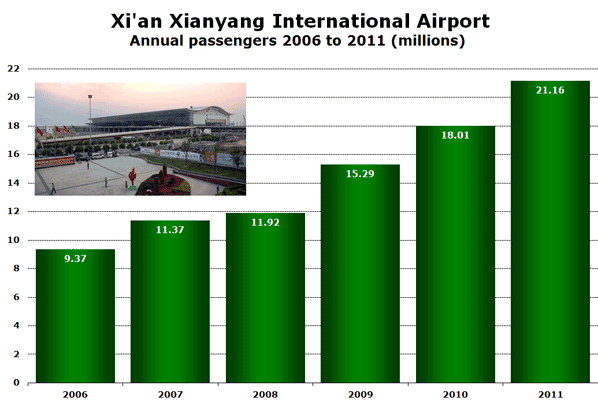 China Eastern dominates with 35% of seats

Based on weekly departures, China Eastern is by far the leading airline with almost 100 daily departures and a 35% share of scheduled seat capacity. Between them China Southern and Hainan Airlines account for a further 25% of seat capacity. 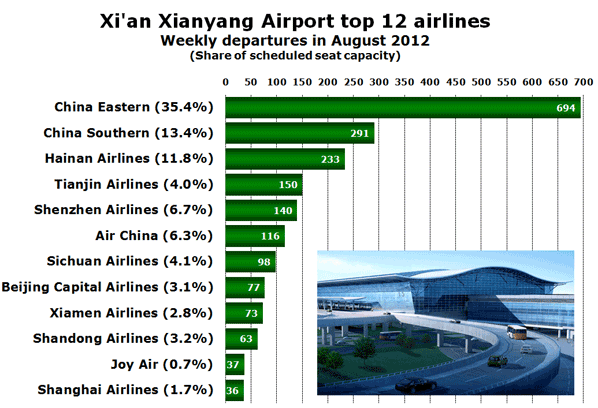 According to OAG data, a total of 27 airlines offer scheduled services at the airport of which just a handful are from outside of Mainland China. Korean Airlines, Asiana and Jin Air offer flights to South Korea, while Dragonair and Hong Kong Express Airlines both serve the Hong Kong market. In addition, China Airlines and Uni Air both operate non-stop services to Taiwan.

Beijing and Shanghai are busiest routes

Unsurprisingly, the airport’s two busiest routes are to Beijing and Shanghai. In total, Xi’an airport currently offers non-stop flights to 77 destinations of which 72 are in mainland China. 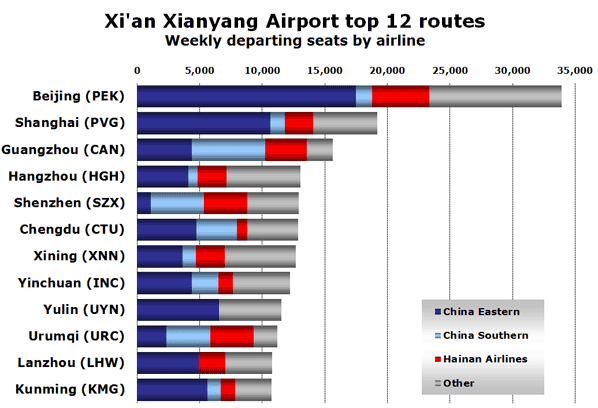 With so many domestic airlines operating at the airport, all of the leading domestic routes are served by at least three carriers, giving consumers considerable choice.