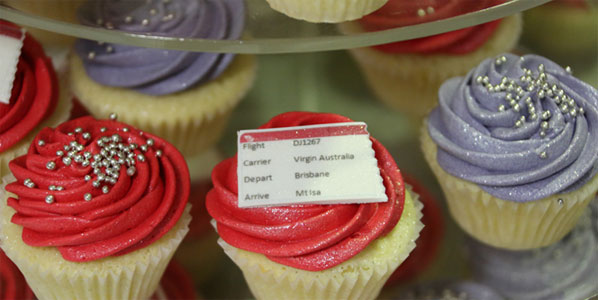 The writing on the cake: In the past year, Virgin Australia has added routes from Brisbane to Emerald, Gladstone, Port MacQuarie and, in the last week, to Mount Isa (see this week’s launches). In November, Hawaiian Airlines will become the only US carrier serving Brisbane when it adds Honolulu.

Brisbane Airport is Australia’s third busiest, as might be expected from an airport serving Australia’s third biggest city with a population of around two million people. Last year, the airport handled more than 20 million passengers for the first time in its history, as traffic grew by 3.4%. Only once in the last 15 years has the airport seen year-on-year passenger numbers decline, and that was in 2002 following the demise of Ansett in March of that year. It has taken just 12 years for passenger numbers to go from 10 million annual passengers to 20 million annual passengers. 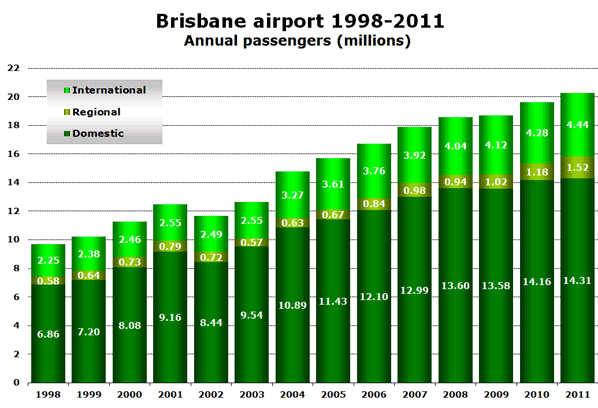 So far in 2012, passenger numbers are up again almost 6%. During the last 12 months, new services have been added by Virgin Australia to Emerald, Gladstone, Mount Isa and Port MacQuarie. Three of these services are operated by Skywest Airlines (using ATR 72s) on behalf of Virgin Australia. In addition, Air New Zealand has replaced Norfolk Air in serving Norfolk Island. 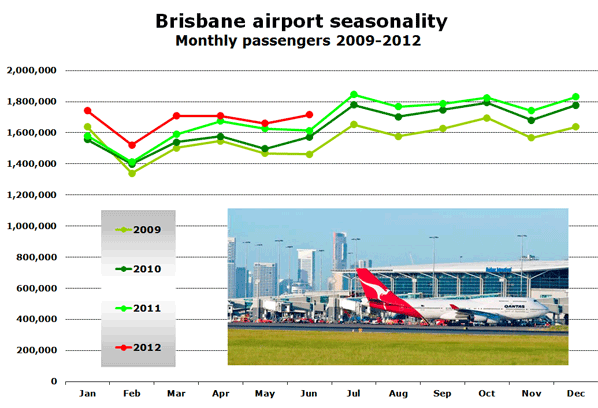 While the airport’s two busiest domestic routes are not surprisingly to Sydney and Melbourne, these markets have seen little change in demand with Sydney traffic down 1.5% and Melbourne traffic up 1.3%. Latest BITRE data for May 2012 shows that nine of Brisbane’s top 12 domestic routes reported growth during the last 12 months. 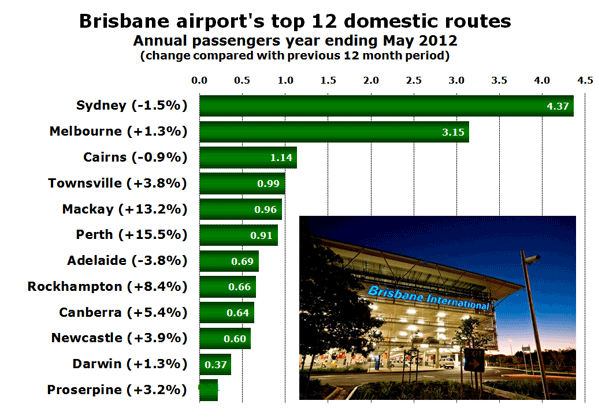 Mackay and Perth have been the star performers with both destinations recording passenger growth of over 10%, despite no new carriers entering the market. Both routes are served by Jetstar, Qantas and Virgin Australia.

Brisbane is served by a multitude of Asian and Middle Eastern carriers including Cathay Pacific, China Airlines, China Southern, Emirates, Etihad, EVA Airways, Korean Air, Malaysia Airlines, Singapore Airlines and Thai Airways. From the end of November they will be joined by Hawaiian Airlines which will start operating three weekly flights from Honolulu using a 767-300ER, to complement its existing daily service to Sydney. This will make Hawaiian Airlines the only US carrier serving Brisbane, as the airport’s non-stop services to Los Angeles are operated by Qantas and Virgin Australia.